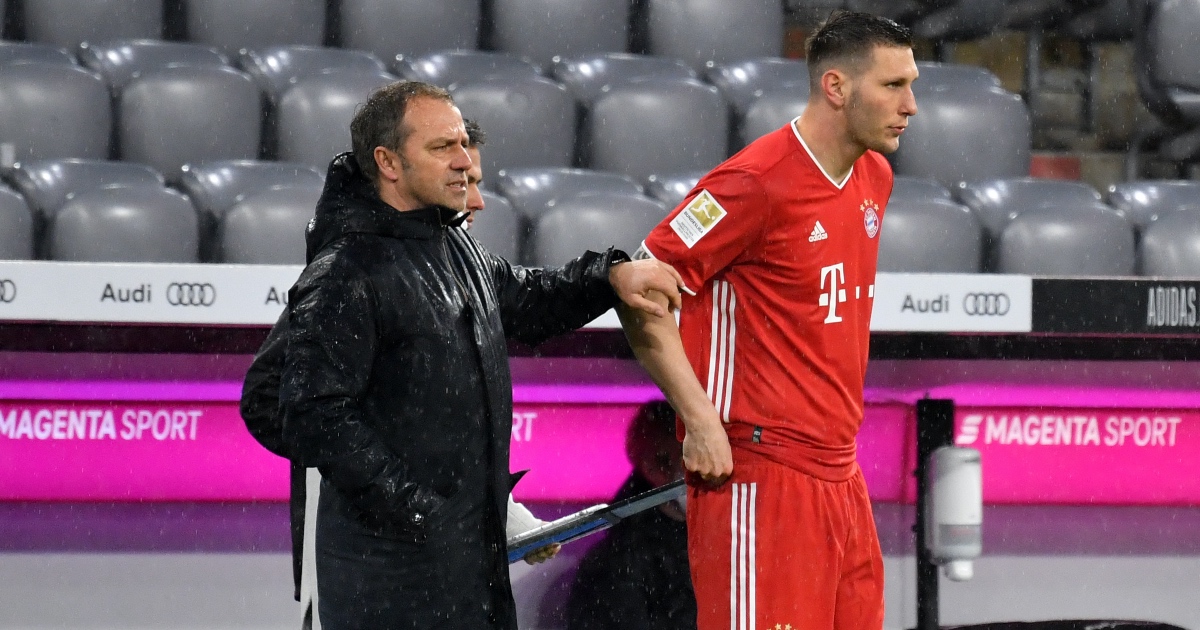 The centre back was linked with the Blues earlier today as new boss Thomas Tuchel is thought to be a big fan.

Tuchel will have the backing of owner Roman Abramovich this summer, allowing him to spend big on reinforcements.

Chelsea see Sule as a long term replacement for Thiago Silva in defence.

When asked about the Chelsea rumours in a press conference, Flick said: “It is of course nice for us when other clubs are interested in our players. At the moment, the defence is doing very well and Niklas is definitely an option, both in central defence and as a full-back.

“I’m very happy with his development. Niklas is a very fast player, who is very good on the ball, detached and with the ability to make an impact on the game from the back.

“His physical attributes are an absolute strength. That’s why I’m glad he’s in my team. He has a contract with us until 2022. We will see how it develops, how and where he sees his future.”

Sule has made 12 Bundesliga appearances this term. There were rumours of a possible Bavaria exit after he was named as a sub for two consecutive games.

The Germany international has to compete with Jerome Boateng and David Alaba for a place in the starting lineup.

Alaba looks set for a major move once his contract expires in June. That means Bayern will want to keep Sule in their squad.

An alternative for Chelsea is RB Leipzig’s Dayot Upamecano, who could be available for £38 million in the summer.

They will face stiff competition from Man Utd and Liverpool for his signature, however.

This summer could be an interesting one for Chelsea with numerous top class centre backs available.