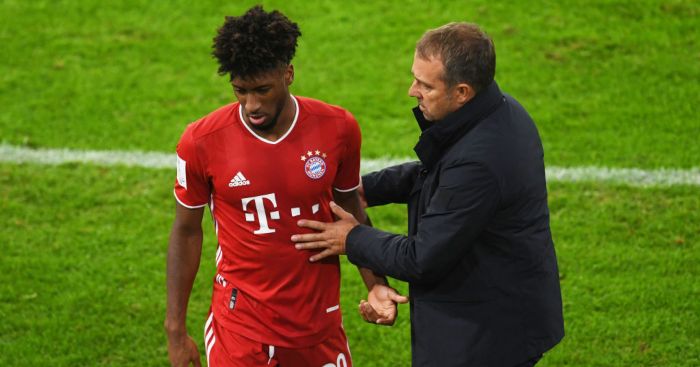 The Red Devils spent most of the summer transfer window being linked with numerous wingers, especially once their negotiations over Jadon Sancho reached an impasse.

Before the window slammed shut, Coman was one named linked to Old Trafford with The Athletic claiming at the time that Man Utd ‘are interested’ in signing Coman and he’s been ‘watched extensively’ by the Red Devils.

While Sky Sports also reported that Coman was ‘on a shortlist of players’ that Man Utd wanted and they ‘could look at a potential loan instead of a permanent deal’.

However, nothing materialised and Salihamidzic claims that there was never any interest in their player.

“There was nothing, and we wouldn’t have looked into it either. His goal in the Champions League final should explain enough why we are relying on him wholeheartedly,” Salihamidzic told Sport Bild.

Speaking back in 2017, Coman revealed how he came close to leaving Bayern for the Premier League that summer, he said: “I didn’t hesitate in relation to Manchester City or the coach, but because of my situation.

“I’m young, I’m in a time of my life where I need to play. If it wasn’t here, if it was difficult, I was ready to think about leaving.

“But I spoke to the president about the club’s project, about me, and everything was sorted out.”