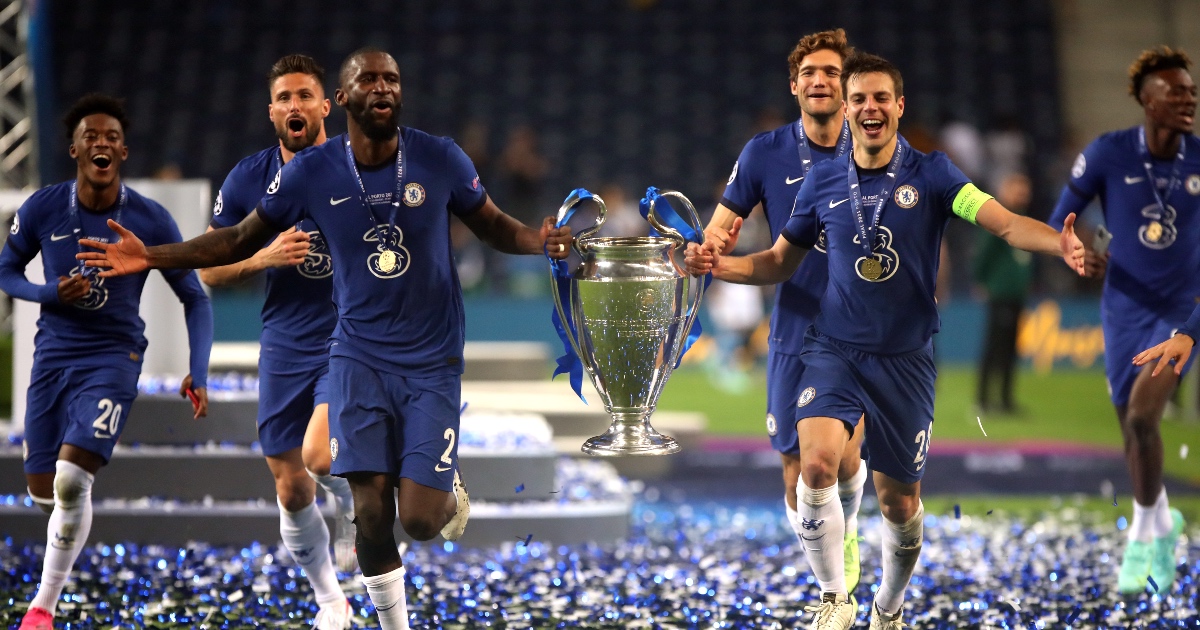 Bayern Munich have joined the race to sign in-form Chelsea defender Antonio Rudiger, according to a respected journalist.

The Germany international moved to Stamford Bridge for an initial £29million in July 2017.

He has gone on to become one of the best defenders in the Premier League since Thomas Tuchel’s arrival in January.

Rio Ferdinand has labelled Rudiger as the best centre-back in England. Commentator Andy Townsend called him ‘inspirational’ after his excellent display in the Champions League win over Zenit.

However, Chelsea now face a fight to keep the 28-year-old. Real Madrid were first linked with his signature in August and could now face competition from Bayern.

That’s according to Bild reporter Christian Falk, who claims that the reigning Bundesliga champions have contacted Rudiger’s brother and agent, Sahr Senesie.

Interest from the two European giants stems from the centre-back’s contract situation.

His current deal expires in June 2022 so he is free to speak with interested parties from January onwards.

But Falk also gives Chelsea fans a reason to be confident. He states that the ‘tendency’ is for a new contract to be signed in west London.

When asked about Rudiger’s future recently, Tuchel said: “I hope that they find solutions, but it’s not only between coaches and players, and what we wish for. And that’s why it’s between the club, the players and the agent at the moment.

“We hope that they find the solution and everything I can say, he plays excellent, and since a long time very consistent, on a very high level.

“I see him very calm and focused, and it’s not a distraction for him. So everything is in place, and give things the time they need. Sometimes it needs a bit longer, sometimes things are very fast.

“There’s no news from my side, and I think that Toni feels very, very good at Chelsea. He feels very respected by his team-mates and he feels the importance that he has in the team and in the squad. That’s well deserved because he delivers, he feels the love from the supporters when he plays.”

Rudiger has featured in all five of Chelsea’s Premier League games so far and scored in the recent win over Tottenham.