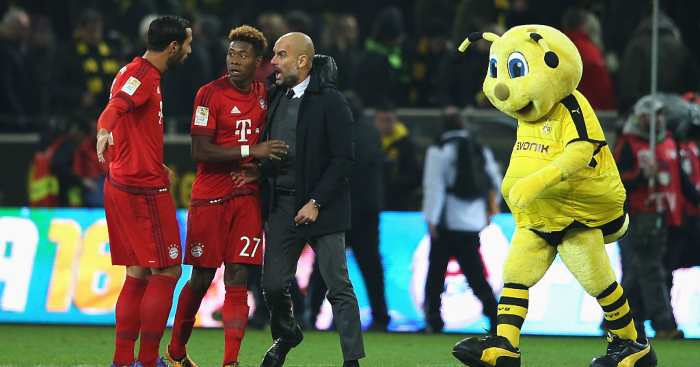 Mehdi Benatia was left underwhelmed by the way Pep Guardiola built relationships with his players at Bayern Munich but admits he’s a tactical genius.

The Moroccan defender was brought to Bayern by Guardiola in 2014 and the pair spent two years together at the German club before Guardiola left to manage Manchester City.

Benatia, who now plays for Al-Duhail in Qatar, has called Guardiola “tactically the best coach in the world” but was not impressed by the way he interacted with players.

FEATURE: David Silva and the immeasurables that confine playmakers…

“He is tactically the best coach in the world, I don’t see one better than him,” Benatia told Goal.

“But I did not like him very much in [terms of] the relationship with the players, from this point of view he did not impress me.”

On speculation linking Guardiola to Benatia’s former club Juventus, the Morocco international added: “He could certainly be the right profile for Juve, but, in my opinion, Sarri has an excellent idea of football.

“This year, perhaps, has been a bit more complicated for Juve, but change always requires patience. And we must not forget that we are talking about a team still in the running to win everything.

“So, the work overseen so far has been good. And I don’t think it’s fair to talk about other coaches right now, the Bianconeri have a good one.”