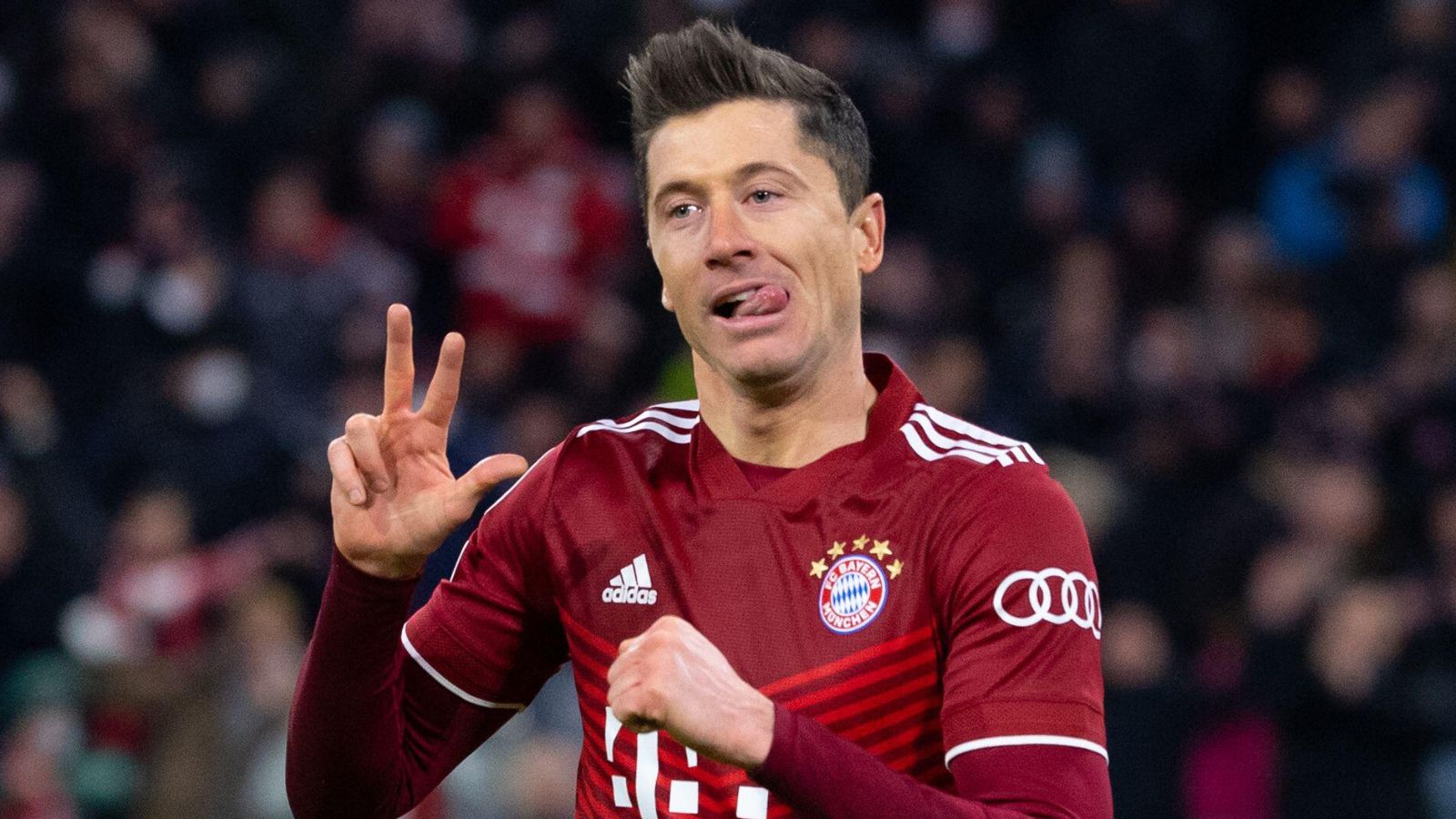 Bayern Munich president Herbert Hainer has announced that the club have a “verbal agreement” with FC Barcelona over Robert Lewandowski.

The 33-year-old’s contract at Bayern Munich was due to expire in 2023 but he has made it clear that he wants to join Barcelona this summer. It is understood that they will pay £42.5m.

Lewandowski has netted 344 goals in 374 appearances for the German giants. That includes 50 in 46 outings last term.

The Poland international scored 50 goals across 46 games last season to help Bayern win a 10th consecutive Bundesliga title, and he now has 344 goals in 374 appearances since arriving on a free transfer from Borussia Dortmund in 2014.

Hainer said: “It’s good to have clarity for all parties. We have come to a verbal agreement with Barcelona.

“Robert is an incredible player and he won everything with us. We are incredibly grateful to him.”

With Lewandowski apparently on his way out of the door, Bayern have tied down another attacking player with Serge Gnabry signing a new contract to end speculation linking the former Arsenal man with a return to the Premier League.

Barcelona also later confirmed “an agreement in principle” had been agreed for Lewandowski’s transfer.

A club statement read: “Barcelona and Bayern Munich have reached an agreement in principle for the transfer of Robert Lewandowski, dependent on the player passing a medical and contracts being signed.

“Lewandowski will bring goals, experience and know-how to the Barca attack.”

Speaking on his extension, Gnabry acknowledged that playing at another club would not have “felt the same”:

“I thought a lot about what I want as a player in the coming years, and came to the conclusion that I want to stay at FC Bayern, win everything again here and experience things – in particular celebrating another Champions League title, but this time with our fans,” Gnabry said.

“It’s special because I get to play here with my friends at the highest level. It certainly wouldn’t feel the same at a different club. I want to experience more great moments here – and nowhere else. The hunger for major honours isn’t going away.”

“He’s won everything here and identifies with the club so much that he wants to help write more chapters of club history. When he’s on the ball, he’s a joy to watch. With him, Sadio Mane, Thomas Müller, Kingsley Coman, Leroy Sané and Jamal Musiala, FC Bayern have outstanding options on the flanks which are among the best in European football.”