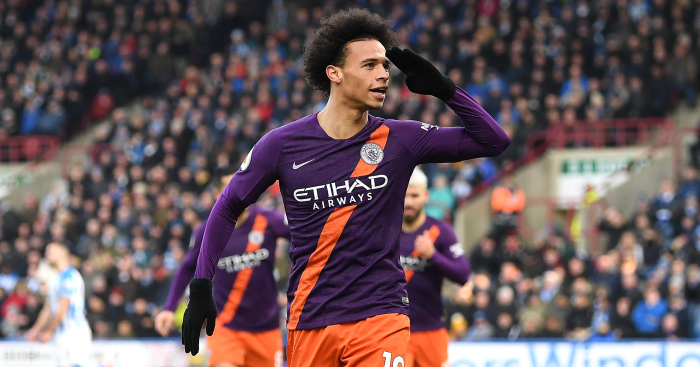 Bayern Munich chief Karl-Heinz Rummenigge has refused to rule out a move for Leroy Sane – but has insisted that they will hold talks with Manchester City before speaking to the winger.

Sane hasn’t appeared for City since he was forced off in the Community Shield in August with a knee ligament injury.

But he could return for City in their Carabao Cup semi-final second leg against Manchester United, having made his comeback to full training on Tuesday.

Sane is more likely to start getting minutes again in a couple of weeks.

The uncertainty over his short term future is only matched by doubts about where he will be playing next season.

Bayern have consistently been linked with a move for the Germany international, and Rummenigge has insisted that nothing will be hidden from City in their pursuit.

“If we are still interested in principle, which I do not rule out, we will first talk to the club in order to create a friendly atmosphere of conversation,” Rummenigge told German journalist Manuel Bonke.

Then Bayern manager Niko Kovac was forced to apologise for publicly admitted he was “confident” of a deal for Sane.

Kovac said last summer: “Our club management is very committed. It is not easy in this day and age, you see, otherwise it would already be sorted. But I am very confident. I assume we can get it [done].”

Before later apologising: “We [Bayern and him] talked about it. Maybe I was too offensive in that interview. I talked to Pep and apologised because of it.

“I would like to apologise to the club, too. I will restrain myself in cases like this in the future.”

Pep Guardiola said earlier this month: “It’s a question for Leroy, his agents and the club. I’m not involved in that,” Guardiola said on Sane’s future.

“I have no doubts about him and his quality but each one has his own family, desires, dreams and, above that, I cannot do anything else.

What I want is for him to come back fit. His knee looks really good and after that, honestly, it’s not of my business. It’s not in my hands,” said Guardiola.