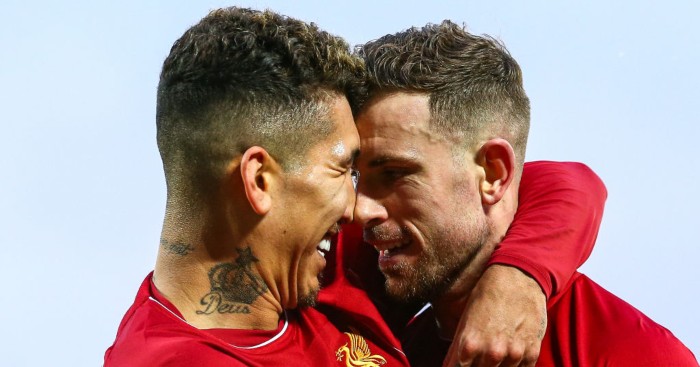 Bayern Munich are looking to sign Liverpool forward Roberto Firmino this summer, according to reports.

The Brazilian has been one of the main reasons for Liverpool’s success over the past couple of seasons and helped them win the Champions League last term.

The 28-year-old has scored eight goals and provided ten assists in all competitions this campaign with Liverpool building a 22-point lead at the top of the Premier League table.

Firmino left the Bundesliga for Liverpool in 2015 for a reported £29m from Hoffenheim and his progress since  hasn’t gone unnoticed.

And The Sun claims that Bayern Munich ‘want Roberto Firmino to quit Liverpool this summer’ as they look to ‘refresh their squad’.

They are hoping that the signing of Firmino would ‘help lead a new era of dominance’ for Bayern with Manchester City’s Leroy Sane still on their wishlist.

The German champions believe that Liverpool are ‘preparing themselves to let one of’ Firmino, Mohamed Salah and Sadio Mane leave in the summer, with Timo Werner a reported target.

RB Leipzig striker Werner is ‘understood to favour a move to Anfield’ which ‘leaves Firmino‘s role with the European champions under threat’.

And the report in The Sun adds that Bayern will look to prise Firmino away from Liverpool with a £75m offer in the summer.