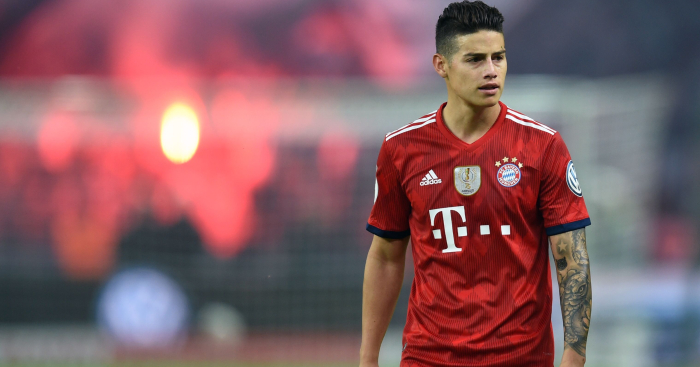 Bayern Munich chairman Karl-Heinz Rummenigge insists the club will not buy James Rodriguez just to sell him on.

James has reached the end of a two-year loan spell at Bayern, with the Bundesliga champions still deciding whether to take up their option to buy the Colombian on a permanent deal from Real Madrid for £37million.

Speculation has suggested Bayern could invest in James before making a quick profit by selling him elsewhere. But Rummenigge has denied the notion.

“That’s not the style of Bayern,” he told AS.

“We don’t want to do human trafficking, to push something elsewhere to make some money. Bayern has never been that way.

“We will surely come together next week and we will decide what to do. We must put all options on the table and decide how to handle all those things that aren’t certain yet. We must make exclamation marks out of the question marks.”