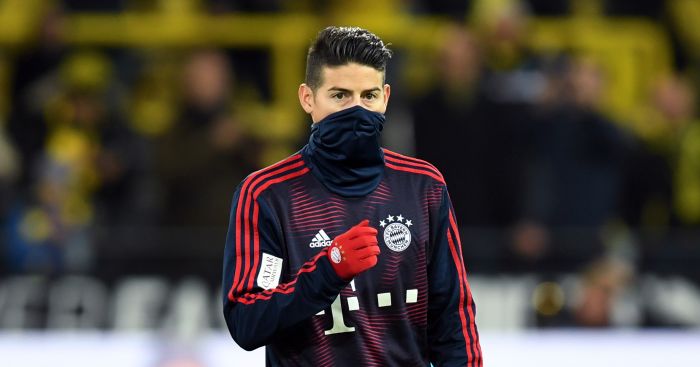 Bayern Munich sporting director Hasan Salihamidzic says the club will take the second half of the season to decide whether to take up their transfer option on James Rodriguez.

The 27-year-old arrived at the Allianz Arena 18 months ago as part of a two-year loan deal with the Bundesliga champions given a £37million purchase option.

Reports this week have linked the Colombian with a six-month loan move to Arsenal with Bayern ready to terminate his loan deal.

However, Salihamidzic expects Rodriguez to stay at Bayern until the end of the season and possibly even beyond.

On whether they would take up their transfer option on Rodriguez, Salihamidzic said: “We will look at the second half of the season and we will draw the right conclusions.”

On the suggestion that Bayern could buy Rodriguez to sell him for a profit, Salihamidzic added:”This is not Bayern’s style.

“If we decide to sign a player, then he also remains a part of Bayern.”