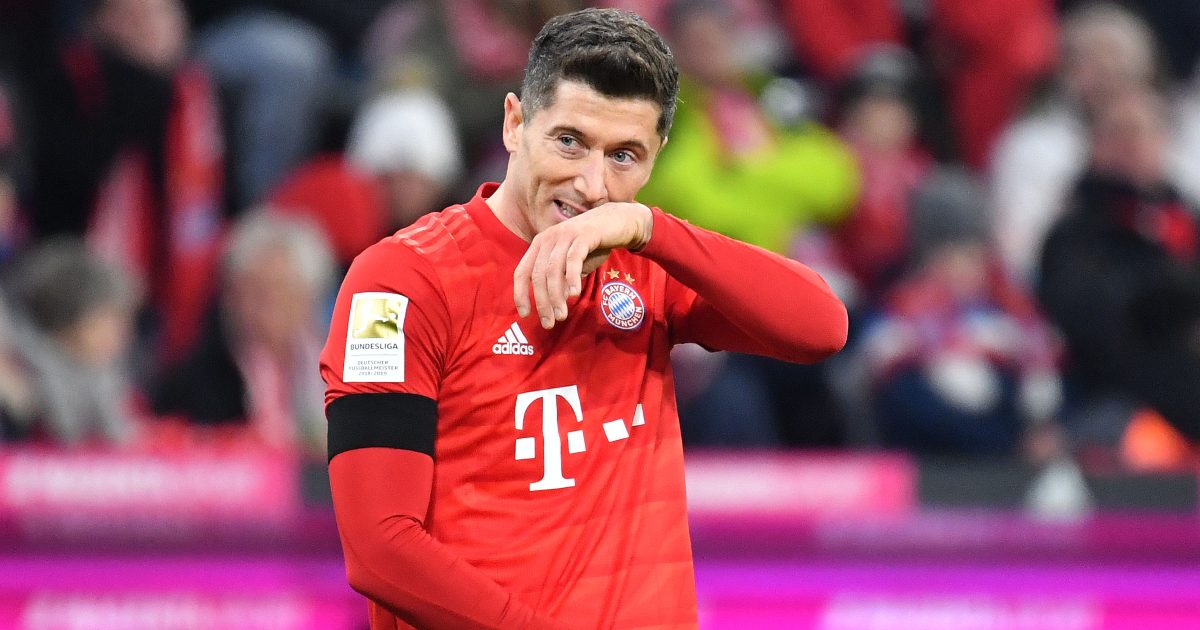 Bayern Munich striker Robert Lewandowski will miss both legs of their Champions League quarter-final against PSG as a result of a knee injury.

The Poland captain was ruled out of Wednesday’s World Cup qualifier with England earlier this week due to the problem.

Club side Bayern have since diagnosed the extent of the issue, which could force the 32-year-old to miss a number of key matches.

An official club statement read: “Robert Lewandowski has strained a ligament in his right knee. The Bayern striker will be out for around four weeks.

“After Poland’s 3-0 win over Andorra, Lewandowski returned early to Munich, where a diagnosis was made by the German record champions’ medical team.

“The 32-year-old had scored the first two goals in Sunday’s match, before having to leave the field after an hour following a clash.”

In an announcement from Poland on Monday, the national team stated the striker would require treatment that “usually lasts five to 10 days” but would sit out the midweek Group I clash to ensure he did not aggravate the injury further.

Lewandowski could miss the majority of the next month and will almost certainly be absent for Bayern’s Champions League quarter-final with Paris St Germain, with ties due to be played on April 7 and April 13 respectively.

If the holders were to progress, the forward could also be missing for the first leg of the semi-final which is set for the week commencing April 26.

Eight-time Bundesliga winner Lewandowski is also going to sit out this weekend’s domestic title clash with RB Leipzig and the league games against Wolfsburg and Bayer Leverkusen later in April.

Poland’s captain had already scored three goals from their opening two qualifying games for Qatar 2022 – netting a late equaliser in a 3-3 draw in Hungary and grabbing a brace in Sunday’s 3-0 home win over Andorra.