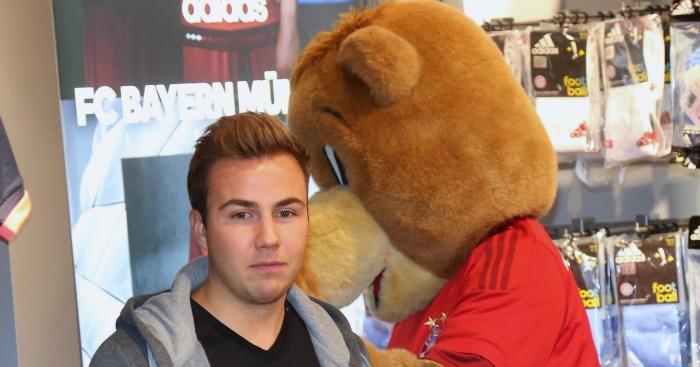 Liverpool have been given renewed hope in their pursuit of Mario Gotze after Bayern Munich chief executive Karl-Heinz Rummenigge suggested the midfielder may struggle for pitch time again next season.

The 23-year-old, who is entering the final 12 months of his contract, made just 11 Bundesliga starts this campaign under departing manager Pep Guardiola.

And despite the Germany international stressing earlier this week he was looking forward to life under new boss Carlo Ancelotti, Rummenigge has cast doubt over how much he will actually play.

“We made everything clear to Mario,” he told German newspaper Kicker.

“Mario has to consider for himself whether he wants to constantly get minutes.”

Liverpool manager Jurgen Klopp has made Gotze one of his priority signings for this summer as he is keen to be reunited with a player who was so successful under him at Borussia Dortmund.