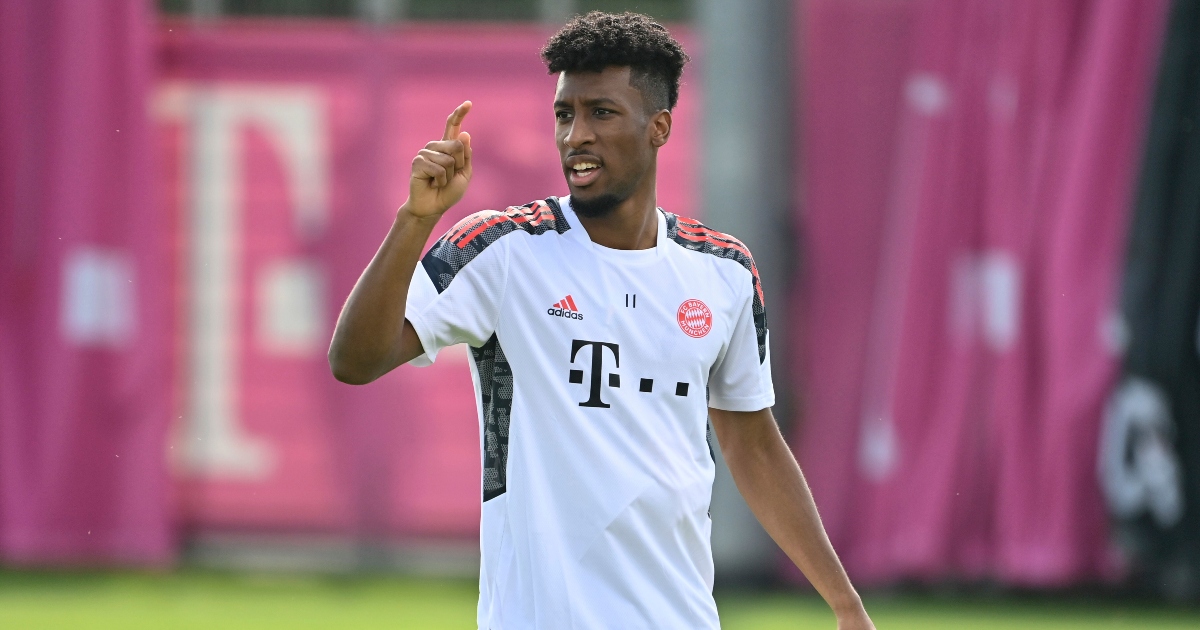 Bayern Munich winger Kingsley Coman will be out for around two weeks after undergoing minor heart surgery.

The Frenchman had the procedure on Thursday after it was discovered he had an irregular heartbeat, his club confirmed.

“His heartbeat rhythm had a slight disturbance with a minor added beat. At times he had a slight shortage of breath. That’s why we opted for long-term ECG monitoring and went ahead with this procedure.

Coman first joined the German giants on loan in 2015 before making his move from Juventus permanent two years later.

He has contributed towards 91 goals in 204 appearances for Bayern.

“Once the wound is healed then he will be able to start with rehab training and it won’t be more than 10 days to two weeks before he’s back in full training.

“He will be doing cardio training again on Tuesday and won’t be out of action for any more than one and a half to two weeks.”

The Bavarians kicked off their Champions League campaign in superb fashion, defeating Barcelona 3-0 at the Nou Camp on Tuesday evening.

Kingsley #Coman is unavailable for Saturday's Bundesliga home match against VfL Bochum after he underwent a minor heart operation on Thursday.

Robert Lewandowski scored a brace on the night to continue his streak of scoring in consecutive matches for his club, which now stands at 18 games in a row.

Bayern are potentially going under the radar in this season’s Champions League, with Paris Saint-Germain and the four English clubs in the competition being tipped for glory.

Elsewhere, the Bundesliga club have announced that Leon Goretzka has agreed a long-term contract extension after being linked with a move to Manchester United in recent months.

Goretzka made his name with Schalke during his five-year spell there between 2013 and 2018.

His form for them earned him his move to Bayern ahead of the 2018/19 campaign.

The midfielder has been an ever-present for the Germans since then. He has been a towering presence in the middle as Bayern have won the Bundesliga in three straight seasons as well as the Champions League in 2019/20.