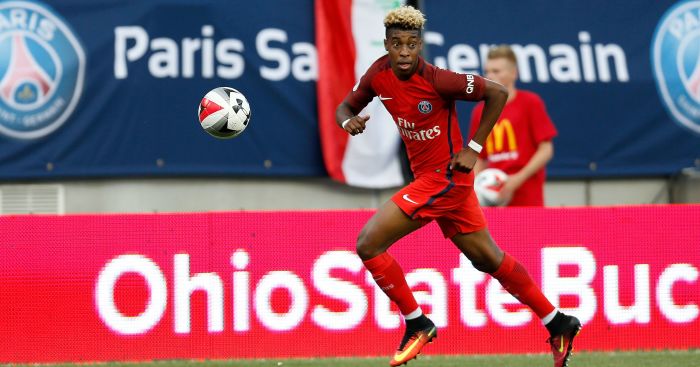 Bayern Munich winger Kingsley Coman has told a reported Liverpool target he would be better staying at PSG than moving to Anfield.

France star Coman began his career in the youth ranks at PSG alongside Presnel Kimpembe before quitting the capital club to join Juventus on a free transfer in 2014.

Since Coman’s departure, his best friend Kimpembe has had to bide his time to win a regular shirt at PSG, with the likes of Marquinhos and Thiago Silva blocking his route into the first team.

Liverpool were first linked with the 22-year centre-half last January and were reported to have made an enquiry for the player over the summer.

Although the Reds did not make a firm offer for Kimpembe, reports in France have suggested Jurgen Klopp’s side are ready to make a £30million offer when the transfer window opens again in January.

However, Coman told Telefoot that Kimpembe should stick with PSG and become a club legend.

“He is very happy at PSG. I hope for him that he will continue, that one day he will be captain and that he will spend his entire career at the club,” Coman said of Kimpembe.

Coman is quite well placed to discuss the merits of leaving PSG after first joining Juve in 2014, before really making a name for himself with an initial loan move at Bayern in 2015/16.

However, Coman thinks his situation is very different to that of Kimpembe.

“I think I have made the right choice [to leave Psg],” he added. “I take my professional career very seriously. I take care of everything involving it. I don’t lose myself, which is something that could have happened if I had stayed in Paris.”