Home All The News Beckenbauer recalls Ronaldo discussion with Fergie 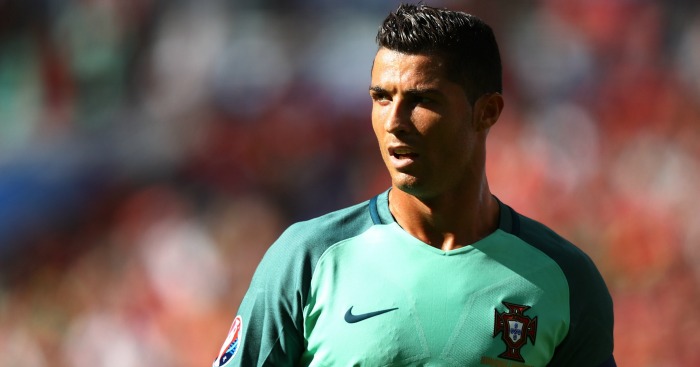 The 31-year-old scored one and assisted another in the semi-finals of Euro 2016 on Wednesday, helping Portugal past Wales and into the final.

Ronaldo has now scored three goals at this summer’s tournament, and no player has scored more goals at European Championships.

Writing for Spanish newspaper AS, Beckenbauer, who won the Euros as a player in 1972, but never as a manager, claimed that Ferguson told him that Ronaldo trained relentlessly to become “world class”.

‘I’ll always remember the day once when I got together with Alex Ferguson, the legendary trainer and manager at Manchester United where Ronaldo was still playing,’ the German wrote.

‘Sir Alex told me: “Franz, you cannot imagine a harder-working player than Ronaldo. Whether it’s before training, or afterwards – day in and day out, he is practicing his dribbling, his free kicks. When talent, willpower and hard work come together, that’s when you get world-class.”

‘Like Ronaldo, Portugal has improved its game after only a lukewarm start in the tournament. In the 3-3 against Hungary, which enabled Portugal as third in the group to just narrowly qualify for the Final 16, Ronaldo was brilliant with his artistic heel-kick goal.

‘Maybe there is more left yet for him to show. In the set-piece situations there is hardly any defence against Ronaldo, except for trying to keep him far away from the goal.

Beckenbauer added: ‘The final should really be exciting.’