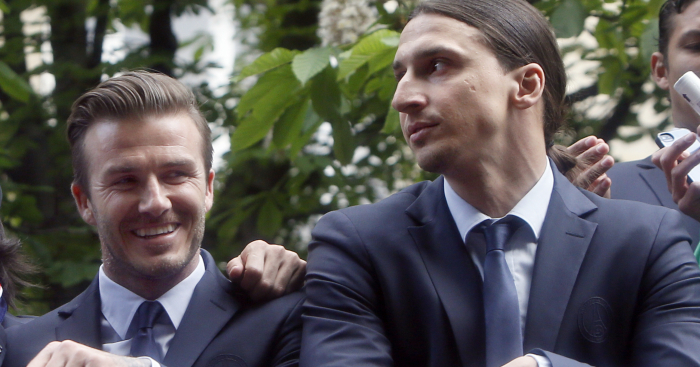 They are two of their respective countries’ most recognisable faces and David Beckham and Zlatan Ibrahimovic have plenty riding on tomorrow’s World Cup quarter-final.

The two men’s careers have followed similar paths, both also playing for the likes of Manchester United, Paris St Germain and AC Milan, and on Friday, Ibrahimovic offered Beckham a wager.

“If England win I buy you dinner wherever you want in the world, but if Sweden wins you buy me whatever I want from Ikea, OK?” he proposed on Twitter.

Beckham replied on Instagram, saying: “If Sweden win I will personally take you to Ikea and buy you whatever you need for the new mansion in LA, but when England win I want you to come watch an England game at Wembley wearing an England shirt and enjoy fish and chips at half-time.”

The Galaxy sealed the agreement between the two men, with eyes set to be on them to see if they carry out their respective forfeits.