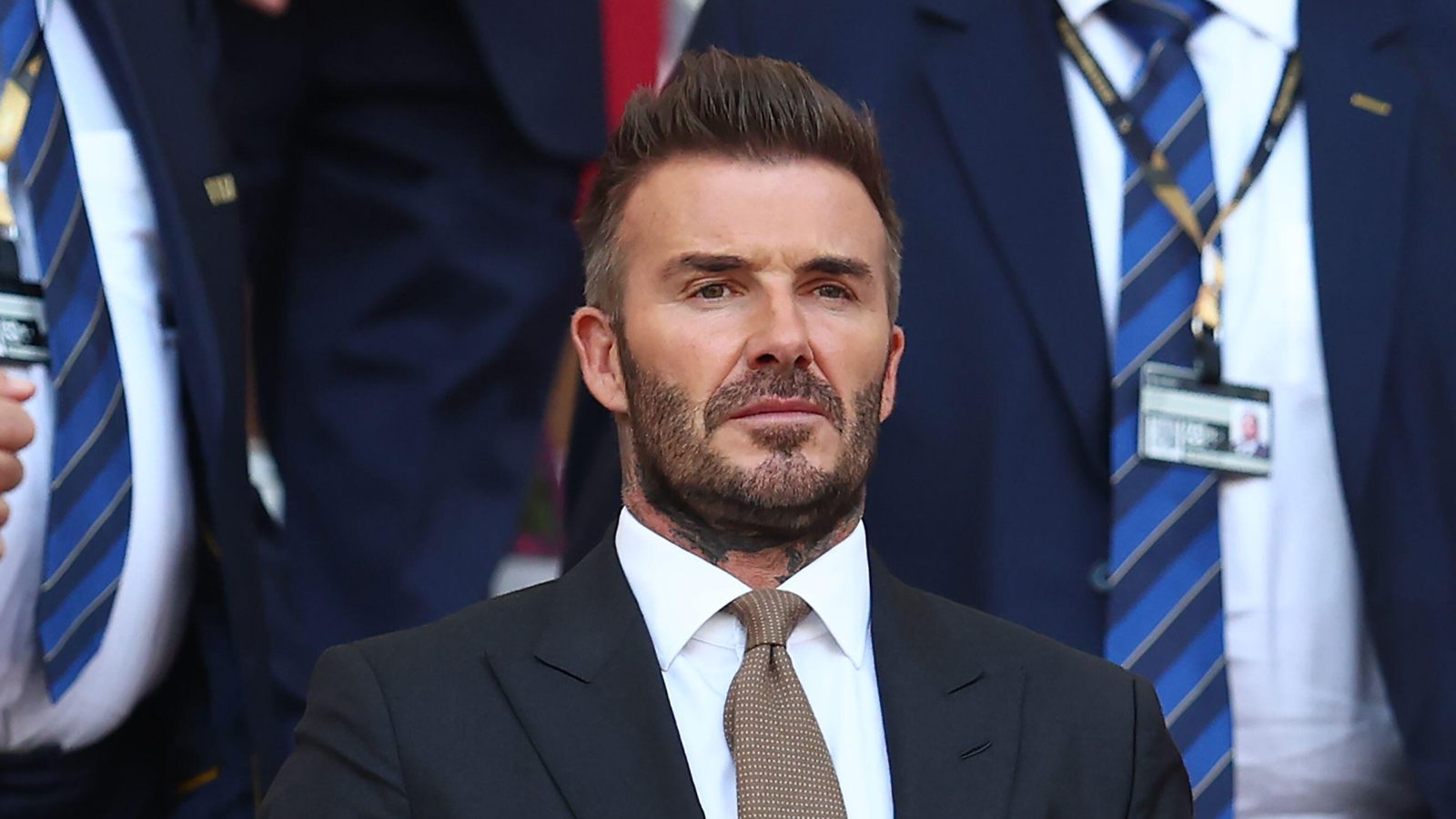 David Beckham is willing to team up with potential bidders after Manchester United was put up for sale on Tuesday, according to reports.

The Red Devils supporters have been putting pressure on the Glazer family to sell Man Utd for years with a lack of investment in facilities and numerous transfer failures.

And they got the news they wanted to hear on Tuesday evening when it was announced that the club is officially up for sale and that the Glazers will “evaluate all options”.

A statement from the Glazers read: “The strength of Manchester United rests on the passion and loyalty of our global community of 1.1 billion fans and followers.

“As we seek to continue building on the Club’s history of success, the Board has authorized a thorough evaluation of strategic alternatives.

“We will evaluate all options to ensure that we best serve our fans and that Manchester United maximizes the significant growth opportunities available to the Club today and in the future.

“Throughout this process, we will remain fully focused on serving the best interests of our fans, shareholders, and various stakeholders.”

A report on Wednesday claimed that Sir Jim Ratcliffe – who has made his interest clear previously – ‘will bid’ for Man Utd but is ‘wary of overpaying’, while back in August there was speculation that three consortiums were ‘circling’.

And now the Financial Times claims that former Man Utd superstar Beckham ‘is open to holding talks with potential bidders’ for the Premier League club.

The suggestion is that Beckham would ‘prove an important part of an investment consortium’ due to his ‘wealth and longstanding history’ at the club.

‘Prospective buyers could seek to enlist the former Old Trafford player to boost their chances of taking over the Premier League club. An attempt to win over Beckham would come after the club’s US owners said they were considering a sale that could value it at up to £7bn.

‘The former England captain’s history with United and affinity with its fans could prove vital to any bidders if the Glazers go ahead with a deal, the people said.’

It is claimed that Manchester United could be sold for as much as £7bn and potentially even more if a bidding war ensues.

Serious bidders, who have more money than Beckham. could see the former Man Utd man as ‘a co-investor and potential frontman for their bids’.

The report adds that ‘various investors have approached Beckham in the past to gauge his desire to back potential bids’ but ‘talks never progressed’.

Former Arsenal striker Ian Wright hopes to see Man United sold “for the fans”. He said on ITV Sport: “I’m pleased because the fans have not stopped from the time they’ve been there, in respect to the protests.

“If that does happen, you’re thinking will a club of that size have fan involvement just to let them know what’s going on.

“The fans have been brilliant, hopefully it can happen for the fans because they’ve wanted it from day one and it might happen, fingers crossed for the United fans.”