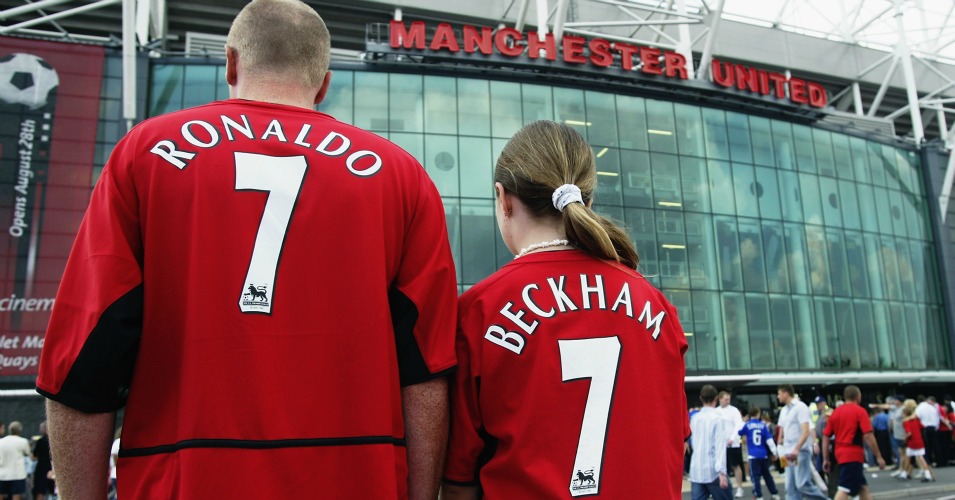 David Beckham says Real Madrid star Cristiano Ronaldo should return to Manchester United – as he regrets never having the chance to do so.

Since leaving Old Trafford to join the Spanish giants in 2009, Ronaldo has regularly been linked with a move back to Manchester, although recent reports suggest Chelsea are interested in signing the Portuguese forward.

Beckham, who made the same move as Ronaldo in 2003, has advised the 30-year-old to jump at the chance to return to the club where he won three Premier League titles and a Champions League, should the opportunity arise.

“Cristiano is such a fans’ favourite here, and if he decides to leave Real Madrid then for me personally the only place he should come is back to United,” the former England captain said.

“I’d never advise any player not to return to Old Trafford – when I left I’d have crawled back if I could!

“Cristiano was so successful here, such a hard worker, everyone you talk to that has played with him, been around his world, he’s not just one of the most talented players in the game, he’s a hard worker as well.

“I never had the opportunity to do that, and I’m proud of the teams I played for after United. But for me, I always think Old Trafford is where the journey should end.”

Beckham was speaking as he prepares to play at Old Trafford once again, in a charity match that will raise funds for UNICEF.

The likes of Zinedine Zidane, Luis Figo and Ronaldinho will also appear, and 40-year-old Beckham has admitted it will be an emotional occasion.

“I’d always likes to be part of the club in some way, yes, because obviously it gave me so many great memories and a great career,” he said.

“So to be part of the club it will always be a dream for me even now, because it is the club I supported as a young kid. Definitely.

“It was the best time of my career being at Manchester United so to be a part of the club would always be a dream. It’s the club I supported as a young kid. Coming here, it reminds me without a doubt of being a kid here, and the pure love of the game you have.

“Playing for United was always my dream, even as an East End boy. I didn’t think of anything else. Sometimes you hear kids say now, I want to buy cars, I want to be on the telly.

“As a young kid all I wanted to do was play football, the fame and everything else came with it, I’m thankful for the chance to give my children and my family the life that they have, but football’s all about playing for me. And that’s all I’m interested in.

“So when we spoke about where the final game of this journey should be, I always dreamt of it being here. We spoke about London, Wembley, but my dream for the seventh game was United.”