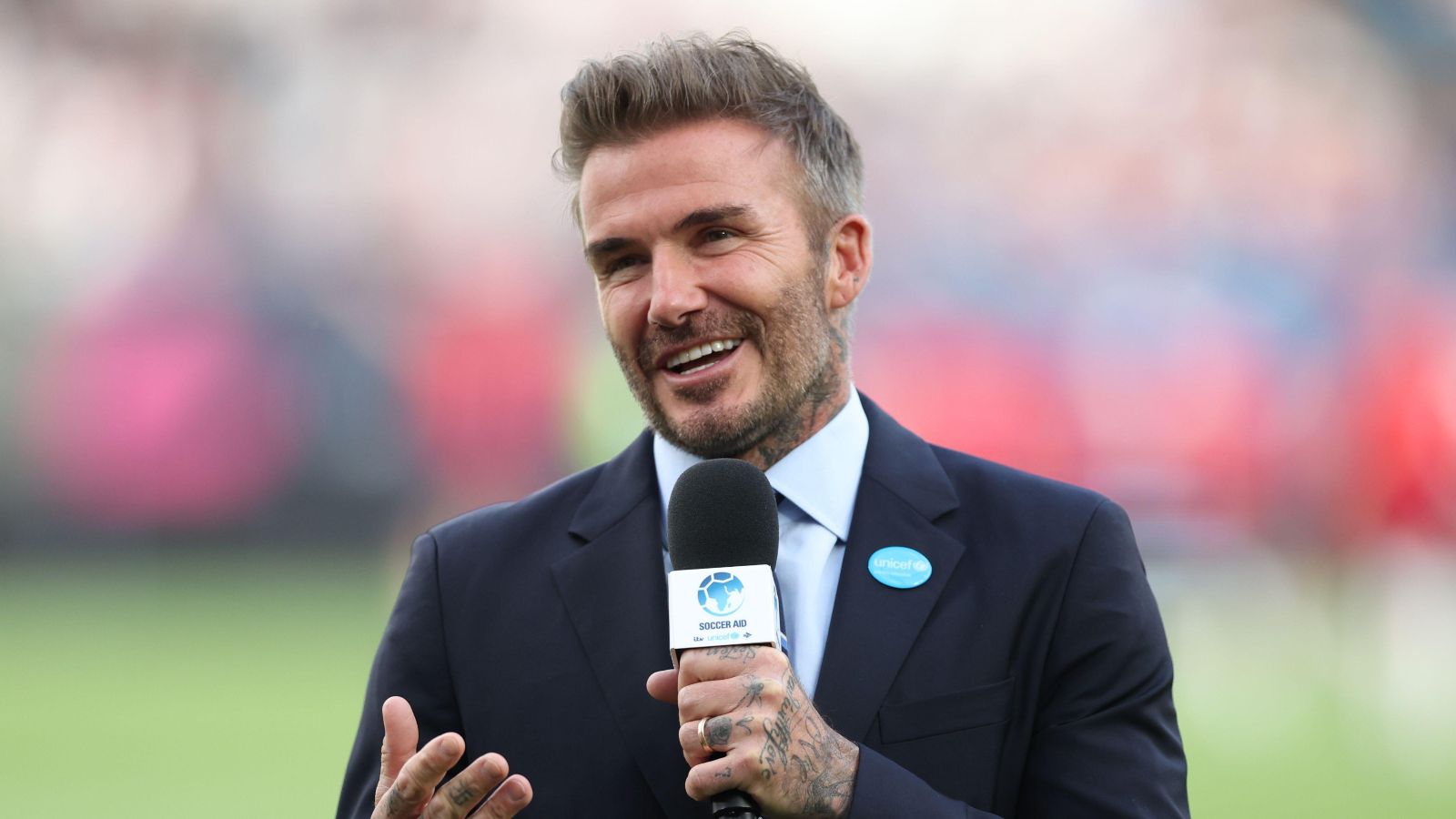 David Beckham has claimed that having a World Cup in winter could be an advantage to England as he praised Gareth Southgate’s players.

Beckham was capped 115 times for England between 1996 and 2009. Only Wayne Rooney and Peter Shilton have played more times for the Three Lions.

Talking to Gary Neville (via The Overlap), the ex-England captain discussed how much he enjoys watching Southgate’s side.

Southgate out? Southgate in? First England reactions to the sh*tshow are here

“I really love watching this England team play. They’re exciting, they play with passion, they play like they want to be there and it’s something that as an England fan – that’s what you want to see,” Beckham said.

“There’s an excitement in this England team and these players – they’re more than just footballers.

“What I love about this generation of players, particularly in England, is with the power that they have on the field – they’re trying to make change off the field.

“They’re using their platform to be able to help other people and to make change.”

Beckham represented England at three World Cups – 1998, 2002 and 2006 – and admitted they went into the tournaments exhausted after the end of a “gruelling” Premier League season.

He believes a winter edition of the competition could favour Southgate’s side, saying: “Personally I feel for our team, I feel like it (the move to November) is a huge opportunity.

“We never did use it as an excuse, but truth be told we came to the end of a gruelling season in the Premiership – the toughest league in the world – and you are tired, you do want a rest, you don’t have that time to recover from a tough season.

“But these players are coming into this tournament at a time where they’re at their peak. They’ve had their rest, they’re in the middle of their season, there’s no reason or no excuse for them not to be at the top of their game and at the top of their fitness.”