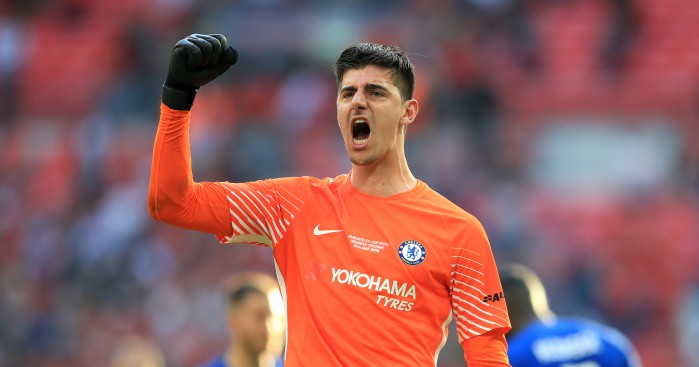 Chelsea goalkeeper Thibaut Courtois failed to report for training on Monday as doubts over his future at Stamford Bridge intensified.

It is understood that the 26-year-old was absent from the Blues’ Cobham training base despite being due to make his return from a summer break.

Courtois, who has been heavily linked with a move to Real Madrid, was handed an extended holiday after helping Belgium to a third-place finish at the World Cup.

However, it is believed Courtois failed to show up amid reports he has already told new Blues boss Maurizio Sarri he is keen to leave the club before Thursday’s transfer deadline.

Chelsea are reportedly looking at the likes of Atletico Madrid’s Jan Oblak and Jack Butland of Stoke as potential replacements should Courtois depart.

Belgian journalist Kristof Terreur, who works for newspaper Het Laatste Nieuws, has shed a light on the situation.

“Chelsea are searching for a solution for this situation because they have already known for a while, since January when Courtois rejected a new contract offer, that he wasn’t going to sign a new deal,” he told BBC Radio 5 live.

“They know his personal situation with his kids living with his former partner in Madrid, him wanting to be closer to them and pursuing a challenge in Madrid too.

“His mind has never left Madrid after he spent three years on loan over there. Still he dreams of Madrid and that’s what Chelsea know too.

“Chelsea have told Real Madrid that until they have found a replacement they cannot give the move a green light.

“It might end up on Thursday at four o’clock that they suddenly find a new goalkeeper.

“I don’t think the club can take a gamble on letting him go for free next summer. Now they will get £30-£40m for him and they can still buy a good replacement.”