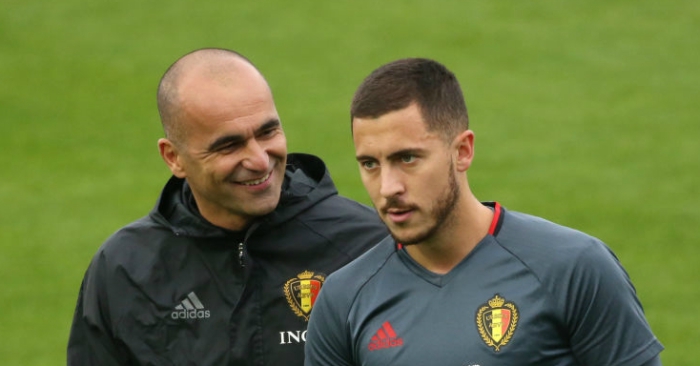 Roberto Martinez has ruled out the prospect of copying Antonio Conte’s Chelsea tactics for Belgium.

Martinez has questioned Conte over his deployment of Eden Hazard as a false nine.

Hazard has featured in that position a number of times this season, most notably in the first leg of Chelsea’s 1-1 Champions League last-16 first-leg draw with Barcelona last month.

Many feel he is considerably less effective when used there as opposed to on the wing however, and Martinez seems to agree.

“Lukaku’s form is very good. He was impressive against Liverpool. He is showing maturity. It’s good to see him perform at such a high level,” he said.

“Eden is not a false nine, for me. At Chelsea, that can work with guys like Pedro around him, but with us we still have Romelu, Michy, even Dries [Mertens] can play there.

“I’m not going to put Hazard there.”