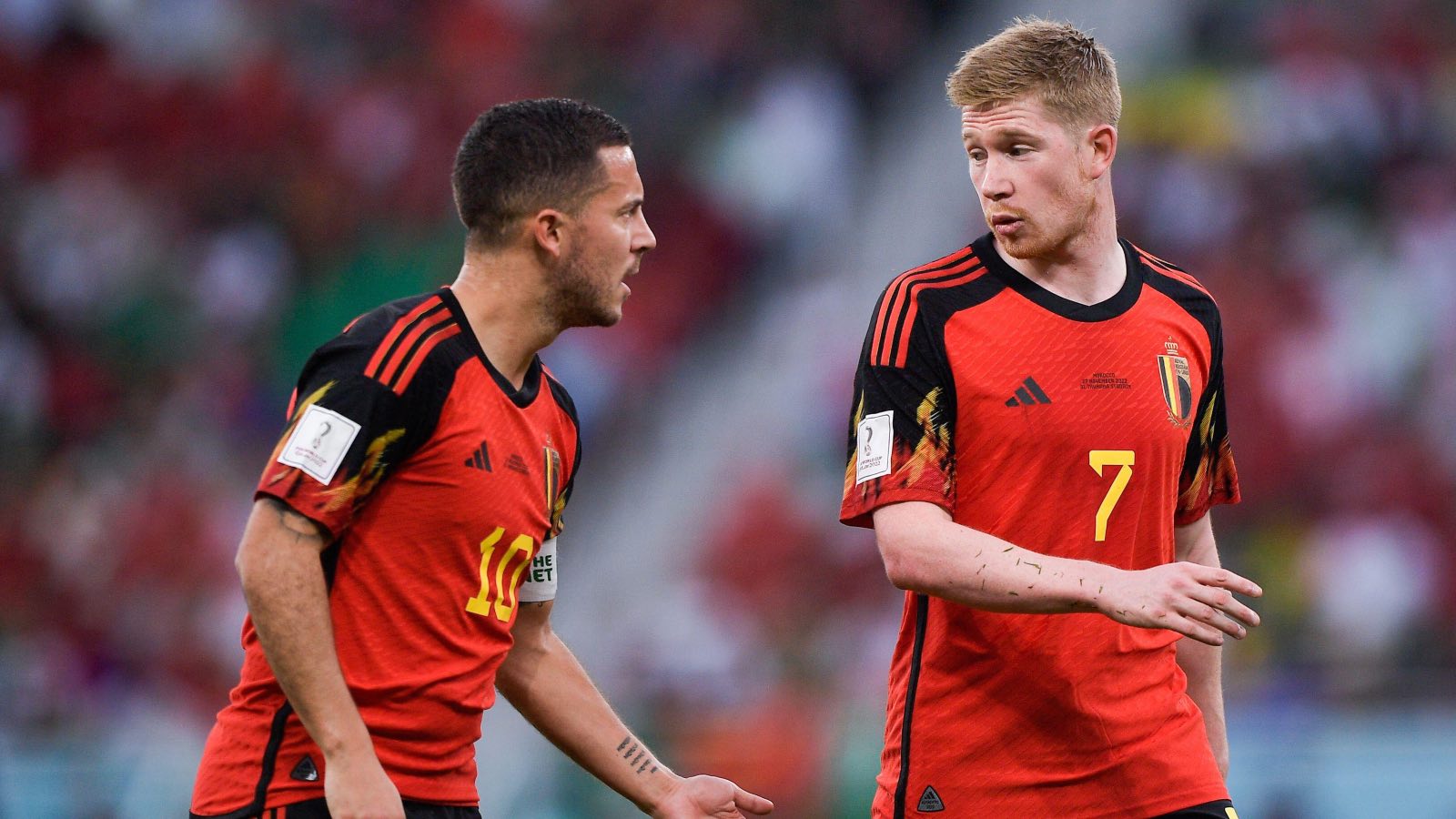 Romelu Lukaku reportedly had to pull three of his Belgium teammates apart after a dressing room clash in the wake of their defeat to Morocco.

Belgium fell to a 2-0 defeat to the African side on Sunday to leave their qualification to the last 16 at the World Cup in the balance ahead of their last group game against Croatia on Thursday.

The Red Devils now need to beat Croatia to qualify for the knockout phase and given their performances in defeat to Morocco and their lucky win over Canada, that feels very unlikely.

Asked by The Guardian whether Belgium could win the World Cup, De Bruyne answered: “No chance, we’re too old.

“I think our chance was 2018. We have a good team, but it is ageing. We lost some key players. We have some good new players coming, but they are not at the level other players were in 2018. I see us more as outsiders.”

Jan Vertonghen was visibly aggrieved with De Bruyne after their shock loss, firing back at his teammate’s previous suggestion.

He said: “We probably also attack badly because we are too old, that must be it now, surely?

“We have a lot of quality up front, but so does Morocco, and they came out better. This is very frustrating.”

And tensions boiled over in the dressing room after the game according to the Daily Mail, who claim Vertonghen, De Bruyne and captain Eden Hazard engaged in ‘violent altercations’.

Lukaku ‘had to pull his teammates apart as desperate players tried to calm the situation inside the Al Thumama stadium’.

Belgium manager Roberto Martinez denied after the game that his squad had been distracted by De Bruyne’s claims.

“This is the first time I’ve heard those comments,” said Martínez, the Belgium head coach. “At a World Cup players have to speak to the media every day, 90% of it will be positive but there are always one or two lines that don’t fit into the context.

“We are all professionals and we know how to perform. A player is allowed to air their view. We’ve been together for six years now and comments won’t help us to win. Maybe it was a double-bluff. It’s what happens behind the scenes that matters.”