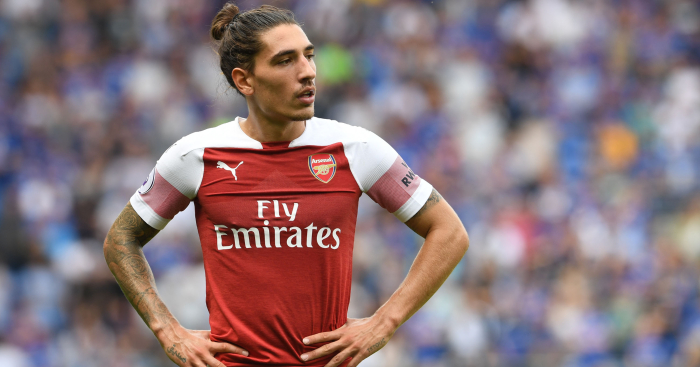 Hector Bellerin claims Arsenal must become more efficient in front of goal to make the most of Mikel Arteta’s “new philosophy” at the club.

The Gunners are currently on a warm-weather training trip to Dubai ahead of Sunday’s clash with Newcastle.

Mikel Arteta’s side have lost just one of their last eight games in the Premier League, but six of those matches ended in a draw.

And Bellerin admits Arsenal must become more clinical if they want to close the 10-point gap to Chelsea, but insists they are moving in the right direction under Arteta.

“Mikel has always been very tactical in his work and in his whole life, he’s very professional with very clear ideas,” the Spaniard told Arsenal’s official website.

“It’s very early doors in time. [Mikel] has a new philosophy and the way he has implemented it in the last few games that we’ve played, there’s been a big change.

“I think sometimes we need to be a bit more efficient in front of goal [but] that’s also something that comes with confidence, when you see that you’re playing better and controlling games better, the goals are something that’s going to come. I’m sure you’re going to see that very quickly.

“For us, the promise is that we’re trying to get better every single day. When a different coach comes, there are different things that you’re being asked to do.

“The most important thing is to get things right and I think with the coaching that we’re getting and the tactical advice, if we do the things that they’re asking us to do we’re going to be successful.”