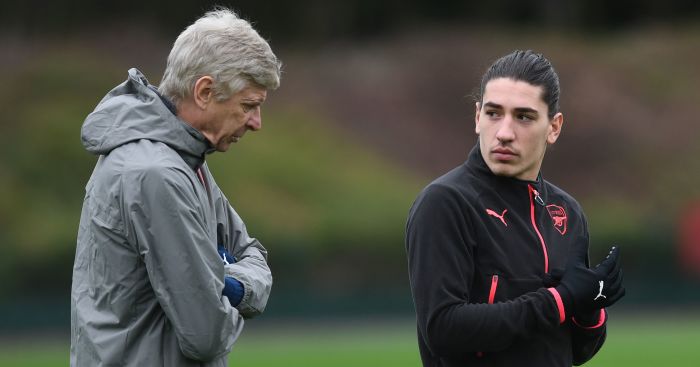 Hector Bellerin has questioned Arsenal Fan TV, accusing them on benefiting from the club’s “failure”.

ArsenalFanTV has become one of the most notorious fan-led channels over recent years, with over 650,000 subscribers on YouTube.

They have also stirred controversy, most notably clashing with Gary Neville last season.

Bellerin is the latest to take aim, insisting that no Arsenal player actually takes notice of the views aired on the channel.

“I don’t think there’s players who go on the internet to watch Arsenal Fan TV,” Bellerin told the Oxford Union when asked whether any of his teammates viewed the channel.

“It does sometimes pop up on your timeline. I see it sometimes, some friends say ‘oh have you heard what that guy on Arsenal Fan TV said.’

“It’s so wrong for someone who claims to be a fan and their success is fed off a failure. How can that be a fan? There’s just people hustling, trying to make money their way, which everyone is entitled to do.

Does that include the ones you just criticised? Who are you to question someone as a fan because they give you some criticism, and people wonder why our mentality is weak, do you even know how much we spend watching you season after season, good luck for the rest of the season. https://t.co/NJrKjpF5Vh

“For us players it doesn’t affect us. If they want to have fun with it then have fun. When you grow you realise what is important to you to take [on board].

“If a coach comes to me and says you’ve done something bad I’m going to take that advice. If someone from Arsenal Fan TV says this guy needs to do this or that I’m not going to listen to him.

“They’re entitled to their opinion and the way they want to do it. If people find it funny then go watch it.”