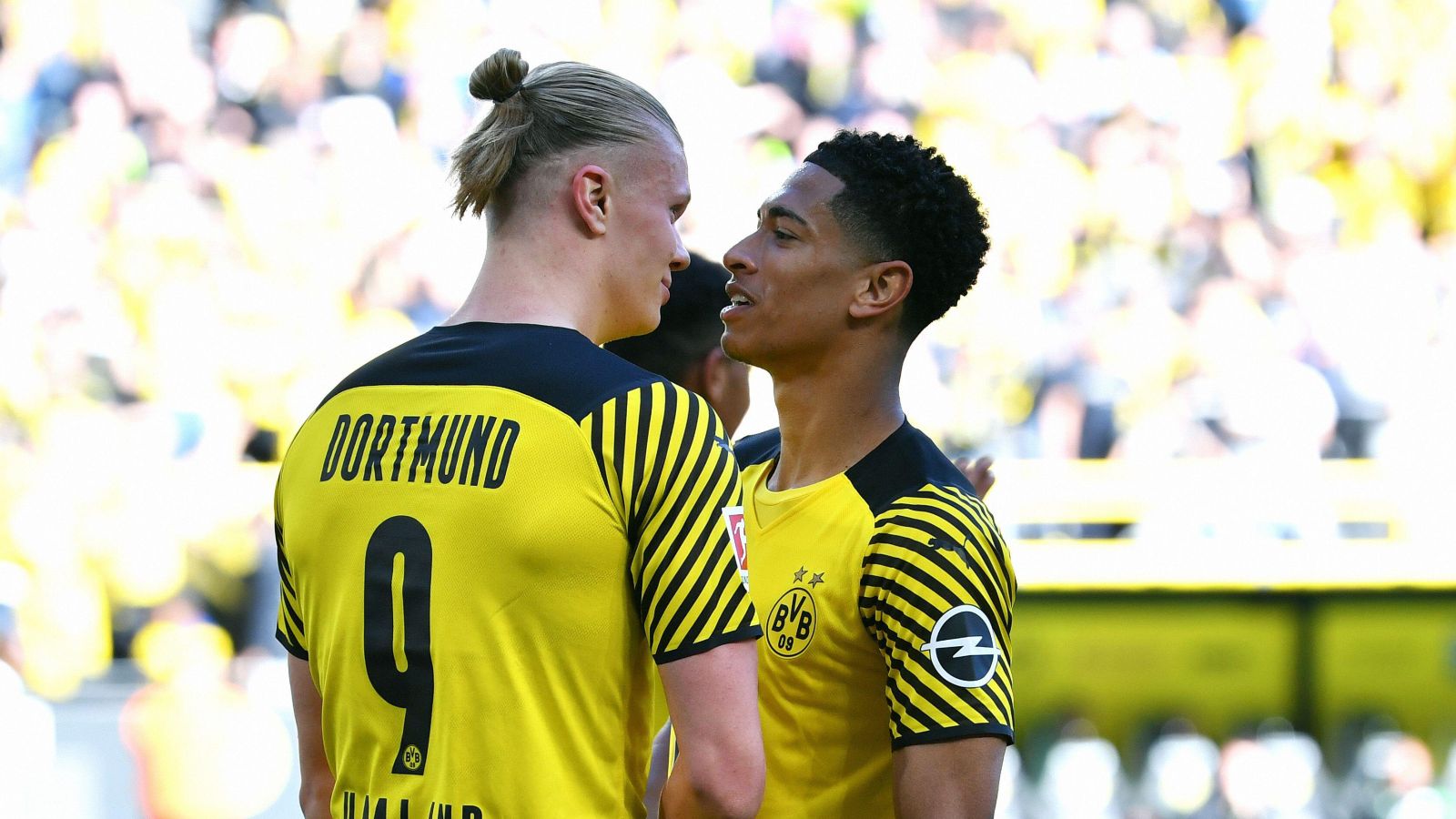 Jude Bellingham has conceded that he is “not sure” how Borussia Dortmund can stop Man City forward Erling Haaland on Wednesday night.

The prolific striker comes up against his former club on Wednesday night as Man City face Borussia Dortmund in the Champions League group stages.

Haaland scored 86 goals in just 89 appearances for the Bundesliga outfit before signing for City for around £51m this summer.

He has already netted 12 times in eight games for City.

“I’m not really sure how you stop him to be honest,” said England and Dortmund midfielder Bellingham. “We’ll have to find out tomorrow.

“He is a player with lot of quality and a lot of physical attributes that make him so dangerous.

“It’s not an individual task. It is something the team has to do collectively. If we stick together and try to do the right things it can be possible.”

Dortmund arrive at the Etihad Stadium for their second Group G match having opened their campaign with a 3-0 win over FC Copenhagen last week.

Yet teenage star Bellingham accepts City, who thrashed Sevilla 4-0 and are one of the favourites for the competition, will be a far tougher task.

The 19-year-old said: “Everyone has got to pull together to make sure we are all on the same page, otherwise they’ll pick us apart because they have the quality. It is important we are all together.”

For Bellingham the match is an opportunity to impress in front of an English audience as he looks to secure a place in Gareth Southgate’s World Cup squad this winter.

He said: “There’s a really strong squad and if I want to go, which I do, I have to make sure I’m performing at my best as often as possible.

“I have to try to win for the club first and foremost but If I can continue doing that then hopefully I can be there.”

Bellingham has made a big impression since joining Dortmund from Birmingham two years ago and is already regarded as one of their senior players. He even captained the side for a short time against Copenhagen.

“That was a real honour,” said Bellingham, who scored when Dortmund faced City in the quarter-finals in 2021. “I didn’t think I’d have the impact that I have. I thought I’d have to wait longer to get in the team and play a lot of minutes.”

Inevitably his form has led to him being linked with a return to England but he is ignoring the speculation.

He said: “The club has done loads for me, made me feel very welcome and given me the opportunities to develop further. To look past that and into the future would be disrespectful.”