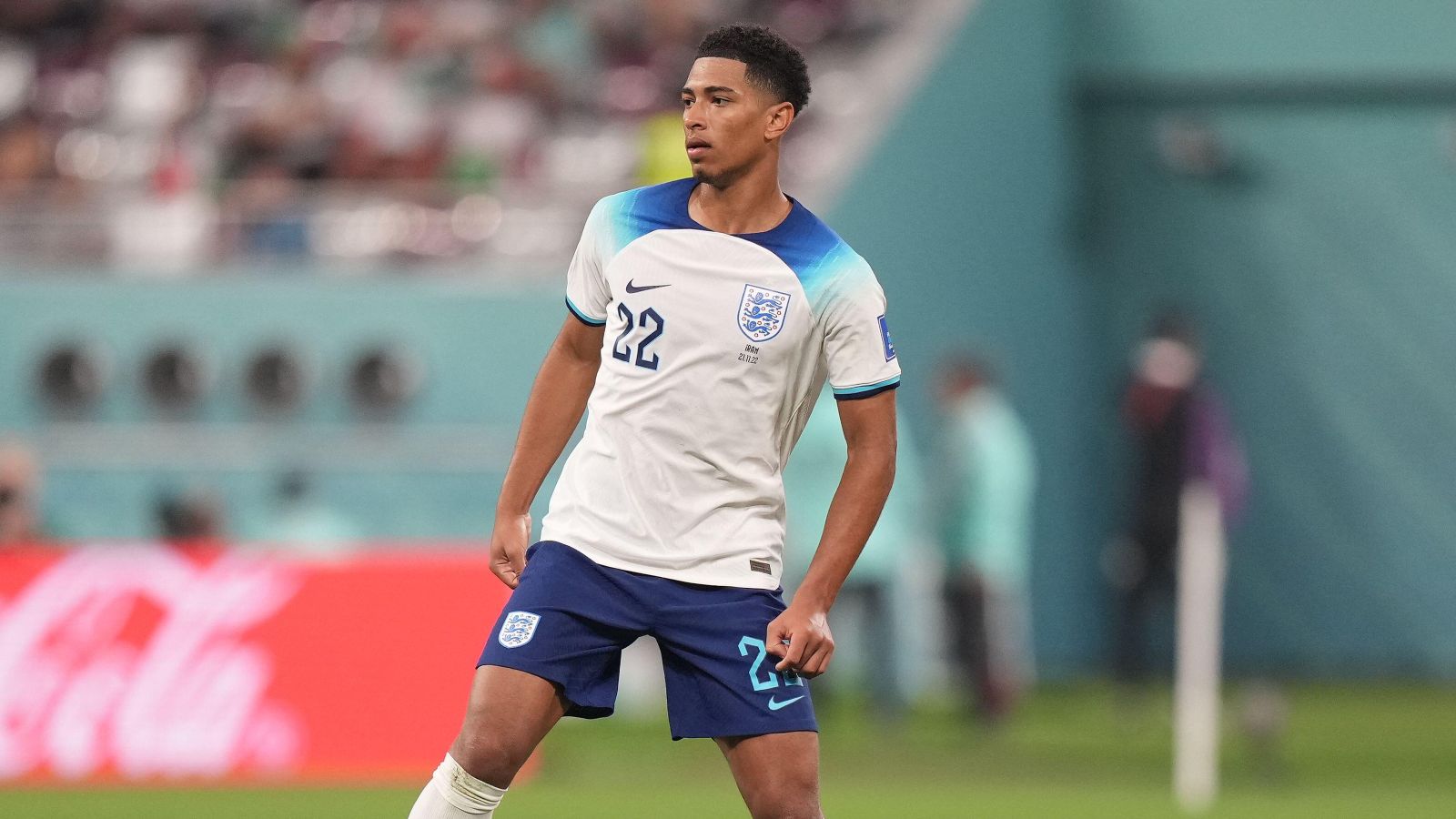 Jude Bellingham has been told that he should stay at Borussia Dortmund for a bit longer amid reports linking him to the likes of Liverpool and Real Madrid.

Bellingham’s decision to join Borussia Dortmund over Manchester United has proven to be a wise one.

The German side are great at developing young players and they have given the midfielder a platform to express what he’s capable of.

The 19-year-old has been loving life this season, as he has already captained Dortmund on several occasions.

He is under contract until 2025 and it is expected that he will leave Dortmund next summer.

Liverpool and Real Madrid are reportedly two of the sides in the running to sign Bellingham, but clubs face a tough battle to sign the in-demand teenager.

“I think [he’s ready for the Premier League] as well, but I would prefer him to go to Bayern Munich,” De Jong said during ITV’s coverage of the World Cup.

“That’s the extra step in the development of a player, structure-wise but also playing for the big prizes.”

“And I think he’s the hottest prospect [in Europe] – especially after this World Cup!”

Bellingham would be a huge asset to any Premier League, so it perhaps comes as no surprise that Everton star Andros Townsend wants him to stay away from the likes of Liverpool and Man City.

“I’d say stay there a bit longer. If he comes to the Premier League then he will be £150m and will have a similar effect to Paul Pogba,” Townsend told talkSPORT.

“Bellingham scores goals but his main threat is not scoring goals.

“If he comes to the Premier League for £150m the media and everyone is going to be expecting him to score goals and when he doesn’t do that, even if he is playing well, they are going to be on his backs, and we will have a Jack Grealish situation.

“For me, stay in Germany and keep doing what you are doing and then maybe come back.”

Bellingham is Liverpool’s top target but they will likely have one eye on potential alternatives in case they miss out on the Englishman.

They were linked with RB Leipzig star Konrad Laimer in the summer. His contract is due to expire next year.

But German outlet BILD (via Liverpool Echo) are reporting that Laimer has ‘already made his mind up over his next destination’.

He ‘intends to sign for Bayern Munich’ as he has ‘said no’ to interest from the Premier League.

READ MORE: Saka’s secret, Southgate’s handbrake and Bellingham could be the greatest player ever