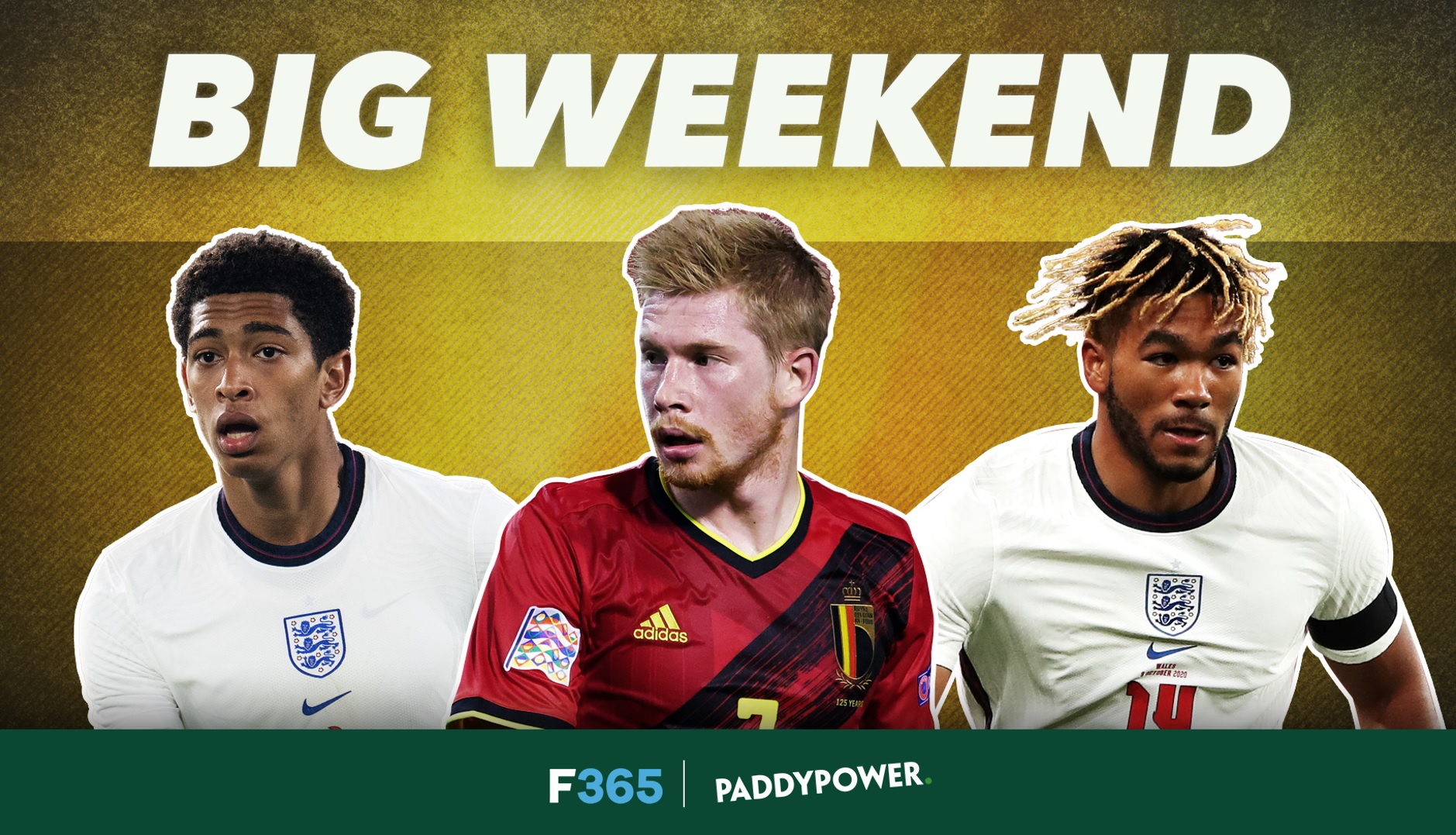 England face a Big Weekend when they travel to Belgium to try and make a late push in the UEFA Nations League.

If Gareth Southgate’s side are to progress into the finals for a second consecutive time, a win over the group leaders is essential as it will keep England in the running ahead of their final game against Iceland.

Sunday’s clash between the Three Lions and the Red Devils was the primary topic during this latest edition of Big Weekend on YouTube as Mark Smith and Sarah Winterburn dissected all the talking points.

The first of which was the surprise inclusion of 17-year-old Jude Bellingham in the England squad. Winty believes that England have a shortage of players like him and is keen to see how he fares if he does indeed get a chance.

“We’ve sort of stumbled on Jude Bellingham who looks like the full packet… or the full package. He looks a great player. Obviously, we’ve not seen that much of him because he’s at Dortmund but that in itself is a massive tick isn’t it?

“He’s playing in a Dortmund side, in the Bundesliga, in central midfield at that age. People make comparisons with other players who’ve come through really early like Theo Walcott, Dele Alli. These are all attacking players. It’s a lot easier to come through as an attacking player than it is as a holding midfielder, which we always think instinctively takes a lot of experience and takes a lot of know-how and it’s the kind of role that you sort of build towards, grow into.

“He’s not an Eric Dier-style holding midfielder, he’s going to play in there with another player but that is how England are playing at the moment, particularly now in this 3-4-3 formation – they are going to play two in the middle. To try Bellingham in that role is an absolute no-brainer. Also, to have a look at him, a really close look at him and see whether he’s good enough for this level.”

Another topic on the agenda was the previously mentioned formation that is currently being used by England boss Gareth Southgate. Winty doesn’t think this is a formation that will win international silverware but it does play to England’s strengths.

“A lot of people have a problem with this formation because it has no space for a number ten which is why we’ve got these long debates about Jack Grealish, James Maddison, Ross Barkley, Mason Mount.

“Mason Mount only fits in that system because he is a player who will make himself fit into any system which is why he’s got this teacher’s pet reputation which is massively unfounded.

“It’s not a formation that’s going to make us European Champions but it will get us there. No one is pretending that Gareth Southgate is the greatest manager since Alf Ramsey or anyone in between but he recognises where England’s strengths are.

“And they are in that speed and movement up front with Sterling, Rashford and Sancho, and then Kane dropping in. And you could argue that with Kane there you don’t really need a number 10 because he’ll create the chances as well. But it does make us a bit soggy. It just feels a little bit stodgy.”

With regards to the upcoming opponents, Winty does think that Belgium have missed their opportunity with what was a golden generation.

“I think they may have missed the boat because what they did have at that time – sort of seven or eight years ago – a massive array of brilliant centre halves and defenders. Now they all have sort of retired or come towards the end of their careers.

“They may have missed the boat on that Alderweireld, Kompany, Vertonghen… this was a defence so good that Vertonghen played at left-back. Belgium have had to move on from that. Defensively they don’t look that great, someone like Dedryck Boyata still gets games for Belgium and he couldn’t get near a Premier League side.

“Lukaku… I love him. I think they’ve got some great great players, obviously Eden Hazard is in and out of form which is a massive issue but then they’ve got De Bruyne so in a game they’ve got a far greater player than England have got.”