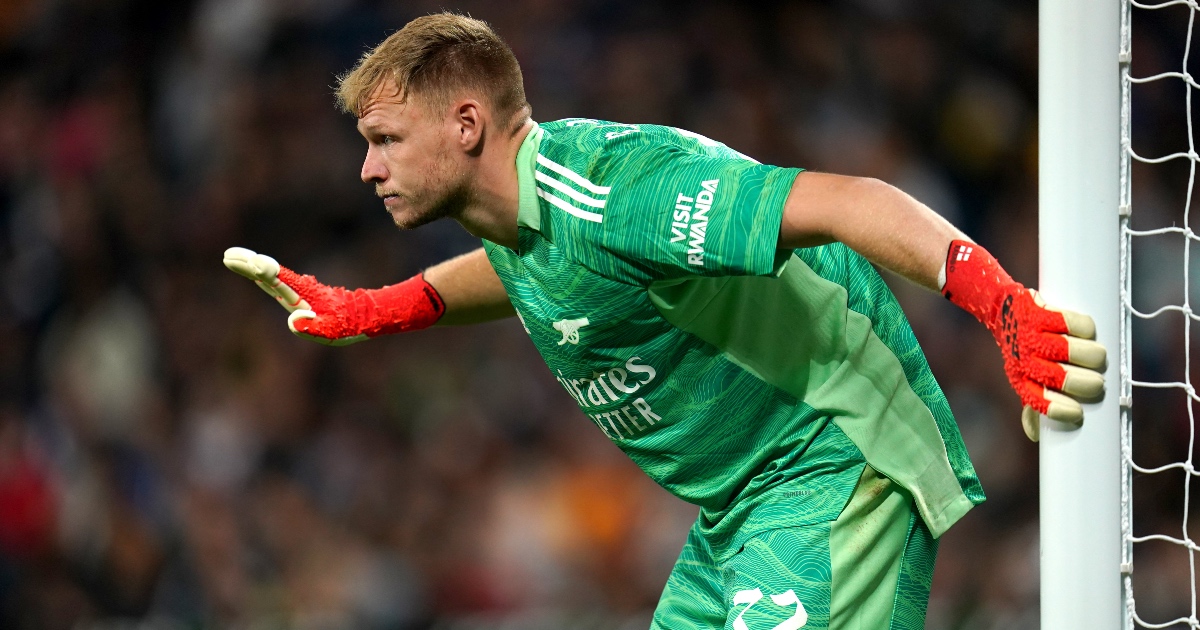 The 23-year-old joined Arsenal from Sheffield United in the summer for an initial £24million. The deal could rise by £6m if certain conditions are met.

Ramsdale will provide competition for Bernd Leno’s starting spot this campaign. He could become the new number one if he manages to impress Mikel Arteta.

Foster, who currently plays for Watford, has given his verdict on the shot-stopper.

“I’ve played against this guy, Aaron Ramsdale, a good few times,” he told the Premier League.

“The guy seriously impresses me every time he plays. He’s got a little bit of that mentality where he doesn’t care.

“Nothing fazes him and nothing bothers him, and he’s going to go on to be a serious monster in goal.”

Ramsdale started his career in Sheff Utd’s academy but was sold to Bournemouth in January 2017.

He established himself as the Cherries’ number one in 2019-20. Despite their relegation from the top flight, Ramsdale put in some good performances and earned himself a move back to Bramall Lane.

Arteta will be hoping the Englishman can get the best out of Leno before becoming his long-term replacement.

Ramsdale revealed his aspirations when joining Arsenal on August 20.

“Competition is key and it’s also a great place to be,” he said. “Bernd’s done a fantastic job over recent seasons and I’m here to push him all the way and take his shirt.

“That’s for me to achieve and for him to keep in front of me. Healthy competition is always going to be good for the group and hopefully I can just bring something different to the goalkeeping department but also to the team as well.

“We all have different qualities and hopefully we can all merge together and form a great team.”

The player made his Arsenal debut in the 6-0 thrashing of West Brom last month. Pierre-Emerick Aubameyang bagged a hat-trick and was joined by the likes of Bukayo Saka and Nicolas Pepe on the scoresheet.