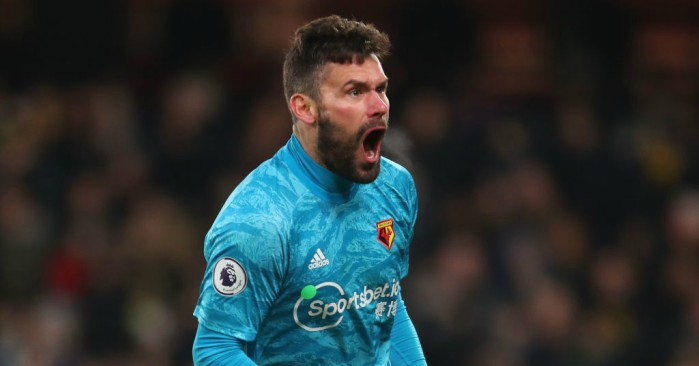 The Reds remain 22 points clear at the top of the table and look destined to end their 30-year top-flight title drought in the coming weeks.

But they were well below par on Saturday, registering just one shot on target compared to Watford’s five.

Substitute Adam Lallana clipped the outside of the post with an effort from distance, but Roberto Firmino, Mohamed Salah and Sadio Mane were well short of their best.

Mane’s Senegal teammate Ismaila Sarr notched a brace for the hosts, with the win capped off by a fine finish from Troy Deeney.

And Foster hailed his teammates for their performance.

“We needed it badly. But it’s not just about me, it’s the lads in front of me,” the former England goalkeeper told watfordfc.com.

“It’s so cliched but it was a massive team effort.

“To say that, against a team like Liverpool , is massive kudos to our lads.”