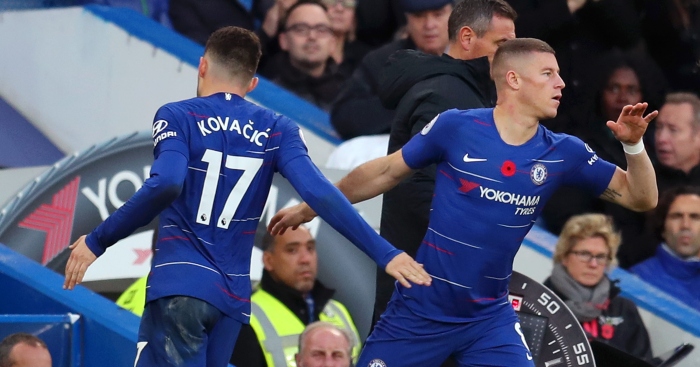 Romelu Lukaku might not like it but he had better get used to that substitute’s role. The United striker has come off the bench twice as often this term than in any of his last five seasons. Marcus Rashford is very much the man in possession of the starting centre-forward job at Old Trafford but a couple of goalscoring appearances as a replacement won’t hurt Lukaku’s cause.

Marouane Fellaini would probably be satisfied just to get on the bench at the moment. A calf injury is keeping him out of contention at the moment but Jose Mourinho’s go-to guy was told to go to the stands by Ole Gunnar Solskjaer before he was crocked.

That’s quite a midfield pair Unai Emery keeps bringing off the bench. It’s just a shame it is rarely together with Granit Xhaka so often one half of Arsenal’s engine room. Only four players have featured in as many games as Alex Iwobi, but the winger has only completed 90 minutes on four occasions in 20 appearances.

Emery tried to bench Pierre Emerick-Aubameyang in the autumn but four goals at a rate of one every 14 minutes in two substitute appearances made the Arsenal boss realise the error of his ways.

Mateo Kovacic is yet to finish 90 minutes in the Premier League. The midfielder has started 15 games since joining from Real Madrid in the summer but Maurizio Sarri has seen fit to substitute him every time. Other Premier League players with five or more starts to have been hooked every time: Charlie Austin (8), Adama Traore (6), Nathaniel Mendez-Laing, Grady Diangana, Ivan Cavaliero (all 5). Still, it could be worse: Watford’s Ken Sema has started six games but been substituted seven times.

Ross Barkley has fared little better than Kovacic during his limited opportunities in Chelsea’s XI and the pair have been swapped 17 times in all competitions this season. Only one player in the Premier League has been substituted more often than Kovacic and Willian: Bournemouth’s David Brooks has been withdrawn 16 times by Eddie Howe.

Prior to December, Pep Guardiola generally only brought off David Silva to preserve his magic for City’s next victims. But his involvement and contribution has waned slightly since City’s first defeat at Chelsea, during which the playmaker picked up a hamstring injury.

Pep prefers Sergio Aguero or Gabriel Jesus, rarely both together. The strikers have started only two games together, with Aguero claining back his status as City’s first-choice forward. It doesn’t bode well for Jesus that he is yet to score this season off the bench.

Jurgen Klopp admits Naby Keita is struggling for confidence though being hooked in all but two of his nine Premier League starts perhaps doesn’t help. The £52million recruit has managed 90 minutes only once since the opening weekend. At least the midfielder is guaranteed a cuddle before taking his seat.

Daniel Sturridge has come off the bench more often than any team-mate, but he’s also been left on it more times than anyone other than Simon Mignolet. Sturridge’s average appearance off the bench lasts only nine minutes, but he needed only three minutes to score against West Ham and four to net a stunning leveller at Chelsea.

A year to the day since Matt Stead pinpointed Pochettino’s substitutions as a problem after Son Heung-Min was replaced at Southampton, it seems little has changed for the South Korean, who has been hooked in all but two of his starts so far this season. Pochettino certainly isn’t as prolific with his changes as his top-six counterparts – only Newcastle, Burnley and Crystal Palace have made fewer substitutions than Spurs.

It is quite likely that we will start to see more academy graduates among Pochettino’s replacements. But Andy Carroll is well accustomed to coming off the bench…