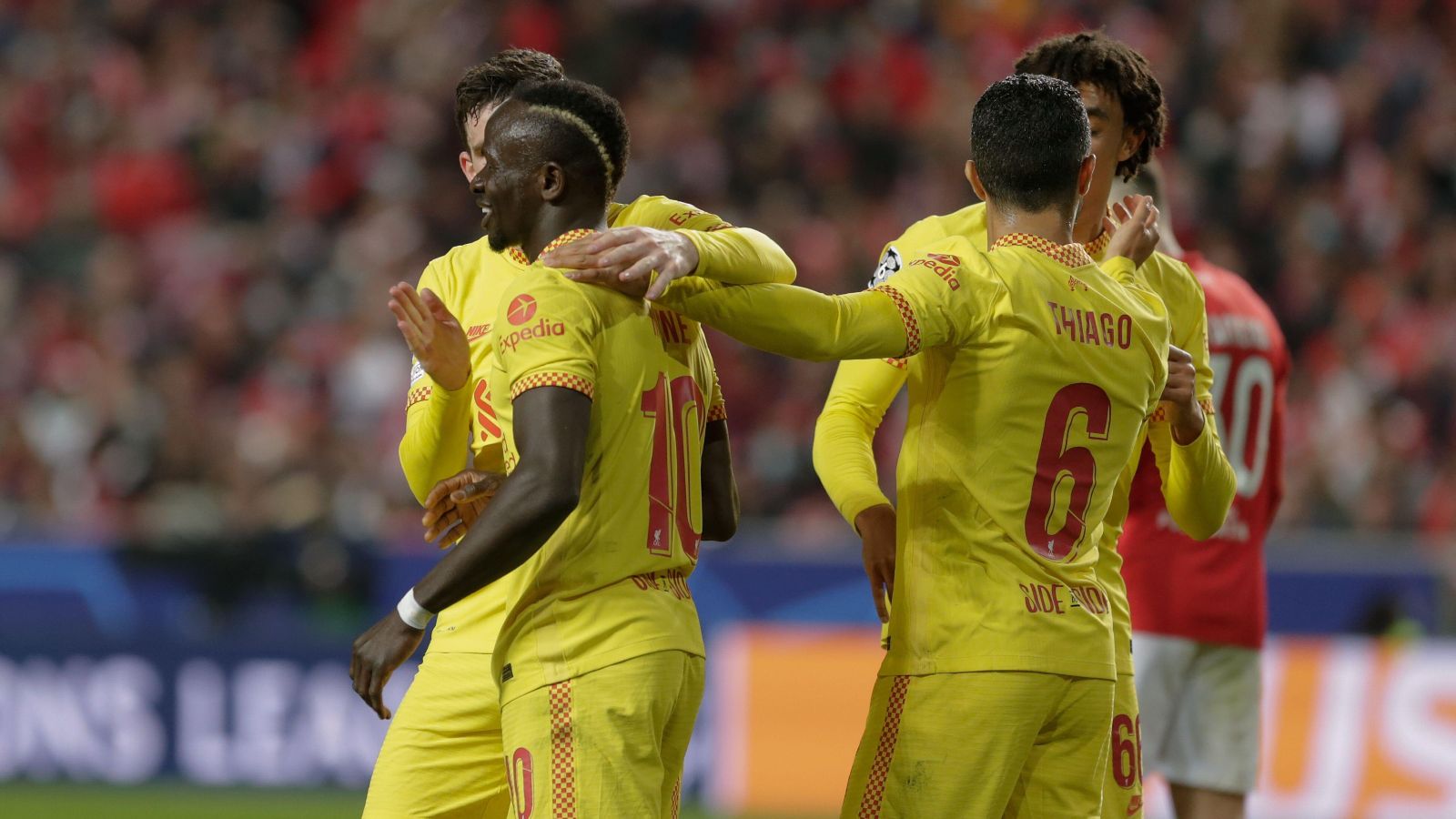 Luis Diaz scored a vital third goal for Liverpool late on as they beat Benfica 3-1 in the first leg of their Champions League quarter-final.

Liverpool were in the ascendency at the break thanks to goals from Ibrahima Konate and Sadio Mane.

Konate made a mistake at the start of the second half, though. He failed to clear and this allowed Darwin Nunez to score for Benfica. Diaz spared the defender’s blushes in the 87th minute as he restored Liverpool’s two-goal advantage.

It was a goal which significantly changed the game for a long period, as Benfica suddenly looked the better side with Liverpool completely out of sorts, but Diaz had the final word to make the return look slightly more comfortable than it had done.

Victory saw Liverpool, who had lost on their last three visits here, equal a club record of five successive away victories in Europe.

The omens had not been great for Benfica, third in Portugal’s Primeira Liga 15 points behind leaders Porto – whom Liverpool had hammered 5-1 and 2-0 in the group stages this season.

Of the six changes Klopp made, the best one was bringing right-back Trent Alexander-Arnold in after almost three weeks out with a hamstring injury.

His pass for Diaz to head into Mane’s path for the second goal was a thing of wonder, while the one he delivered for a strangely off-colour Mohamed Salah to race onto but shoot straight at goalkeeper Odisseas Vlachodimos was almost as good.

It was the first time Klopp had started the midfield trio of Fabinho, Thiago Alcantara and Naby Keita, with the latter impressing in attacking areas.

In the opening 45 minutes the midfielder almost operated as a fourth forward, joining the attack to have four shots of his own before the break to underline the visitors’ dominance.

That they only had a two-goal lead to their name was nothing short of criminal considering the opportunities which fell to Keita, Diaz, Salah – three times – and Alexander-Arnold.

Konate eventually made the crucial 17th-minute breakthrough when Diaz won a corner which Andy Robertson swung to the far post, where the defender easily out-jumped Everton to beat the goalkeeper with a downward header.

But better was still to come as Alexander-Arnold’s crossfield ball was laid on a plate for Diaz to nod into Mane’s path and the Senegal international could not miss from close range, going past Steven Gerrard’s total of 22 Champions League goals.

Half-time brought another club record as Liverpool went 19 matches without conceding a first-half goal, although they had barely been troubled with Everton coming closest with a shot into the side-netting.

Four minutes into the second half that all changed after Konate’s calamity trying to deal with Rafa Silva’s low cross.

The goal altered the mood in the stadium and the momentum on the pitch and Klopp’s triple change of Roberto Firmino, Diogo Jota and Jordan Henderson for Mane, Salah and Thiago attempted to restore control.

Further Konate misjudgements caused more problems with Alisson Becker first having to parry Everton’s low shot and then, after the defender went chasing a ball he could never win, Nunez had a penalty claim rejected after tumbling under Virgil Van Dijk’s challenge.

The pressure seemed to be getting to even the best, with Van Dijk’s air-kick in the centre-circle a brief moment of concern while Alisson also duffed a couple of clearances.

But just when it looked like frustration would get the better of them, Keita’s perfect through-ball allowed Diaz to round the goalkeeper and slot home an angled shot.

On the last two occasions the teams met in the quarter-finals of this competition, in 1978 and 1984, Liverpool went on to lift the trophy and Diaz’s goal put them well on their way to the last four this time.