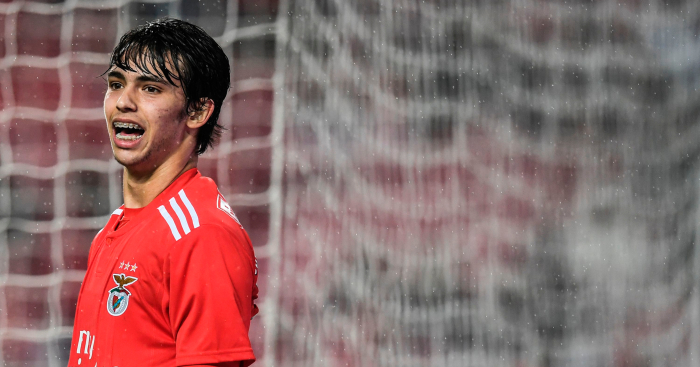 Benfica have finally responded to speculation linking Joao Felix with a move to Manchester United.

Felix was reported to have been the subject of a £61m Liverpool bid last month, before it was claimed that United were monitoring him with regards to a £100m move a matter of weeks later.

Both Premier League clubs are among a long list of sides to have scouted the forward, who has scored seven goals in 13 league games in his first season in Benfica’s senior set-up.

But Benfica manager Bruno Lage has addressed the rumours to insist that the 19-year-old remains “calm” over his future.

“Joao is a youngster with a lot of potential,” Lage said.

“There is a lot of talk about him with respect to many things, but I only like to refer to what he does on the pitch and not what he can do away from it.

“If you know him, he’s a youngster that has his feet firmly on the ground. He deals with everything that is going on with total calm.”

Lage was also asked whether Felix, who has four goals in nine games for Portugal U21s, is ready for his first senior call-up.

“Would it be normal? Yes, considering the work he has been doing,” he replied.

“It’s what has been happening in the national team, in view of performances, [coach] Fernando Santos has given other youngsters opportunities.”