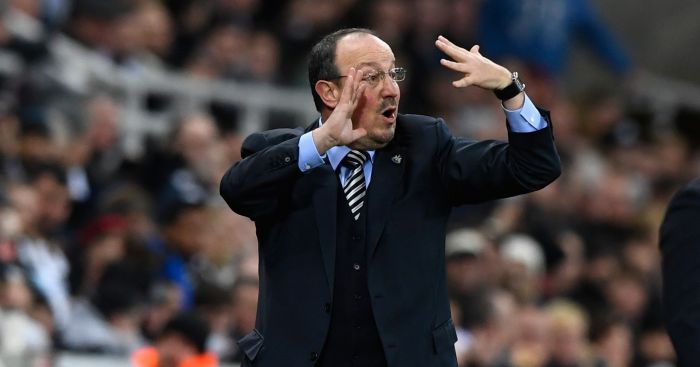 Newcastle United manager Rafa Benitez says the club have to face up to what has been a “difficult transfer window” so far.

Benitez is remaining calm despite the lack of transfer activity, and claims the club will need to sell players if they are going to stand any realistic chance of welcoming new faces to St James’ Park.

There have been strong rumours reportedly linking Newcastle with Arsenal’s Lucas Perez, but despite having made enquiries about the strikers wages, the club are yet to make a formal bid for one of their key summer targets.

Worryingly, despite Arsene Wenger confirming that Perez is likely to leave the Gunners in the near future, it seems that Fenerbahce could be the players desired club, with the Turkish side ready to match his current wage.

When Benitez was asked about the current transfer situation following Newcastle’s 3-1 victory over Wolfsburg, he said: “We are where we are. For us it has been a difficult transfer window.

“Hopefully we can improve the team a little bit but we have to move players out and also look to bring players in.

“But we are trying to find the balance.”

Benitez is aware of the anxiety amongst the Newcastle fan base going into the Premier League season, but was grateful to the 250 fans that made the journey to Germany for an afternoon game in mid-week.

“We met them before the game. The told me they were enjoying the weather and it was also good to see them around and supporting the team.

“They are quite vocal and it’s a big positive.