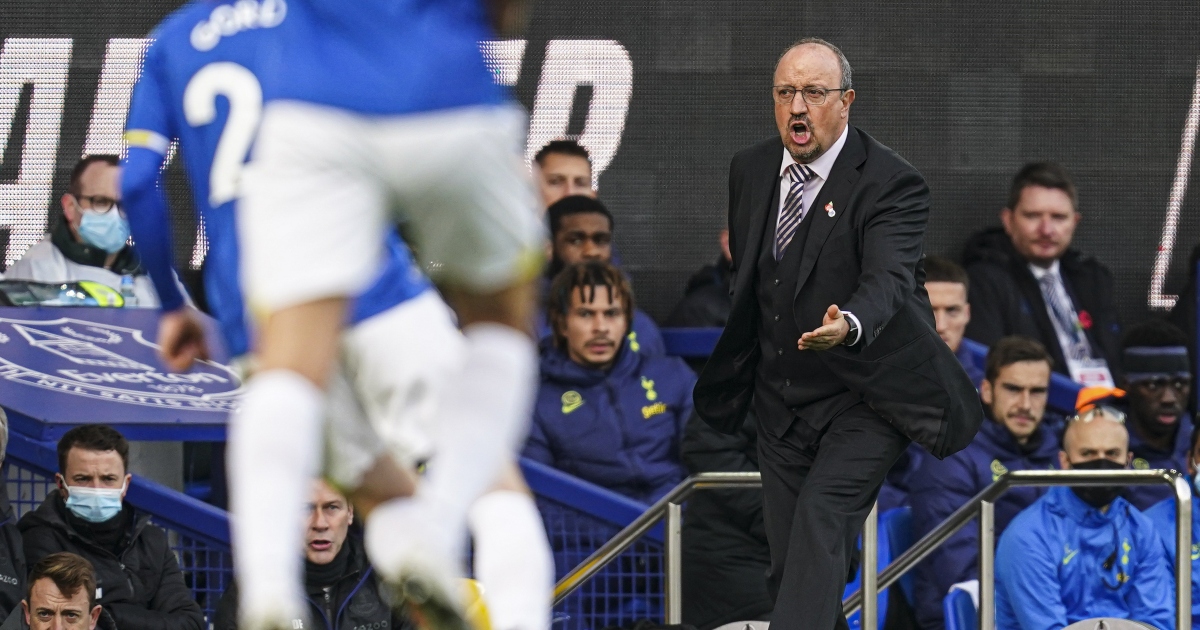 Gabby Agbonlahor believes it could become toxic for Rafael Benitez at Everton if they lose Wednesday’s Merseyside derby against Liverpool.

The Toffees have not won in seven matches and are currently 14th in the Premier League amidst an injury crisis at the club.

Benitez has been without numerous key players this season, with striker Dominic Calvert-Lewin still unavailable.

The Spaniard’s first managerial job in England was with Liverpool, with who he won the FA Cup and Champions League.

His appointment raised a few eyebrows and was not accepted very well within the Everton fanbase.

Agbonlahor has likened his appointment to when Alex McLeish became Aston Villa boss – during the former striker’s time at the club – following a stint with arch-rivals Birmingham City.

“I said this from the start when he [Benitez] signed,” Agbonlahor told talkSPORT. “I wasn’t happy with it because it reminded me a bit of when Alex McLeish came to Aston Villa.

❌ “I wasn’t happy with Rafa going to Everton. It reminded me of Alex McLeish coming to #AVFC, I wasn’t happy!”

🔥 “I knew once they had bad results, the Everton fans would turn against him!”

“I didn’t think it would work [for Benitez at Everton]. The first five or six games they were getting great results and, yes, the Everton fans were OK with it.

“But I knew, once they had some bad results, the Everton fans would turn because of the success he had at Liverpool.

“They’re going to use that as an excuse to turn against him.

“If they lose, and lose badly, at Goodison Park, it’s going to be toxic.”

Meanwhile, Benitez has admitted that the Merseyside derby is “different” to when he faced his former club while at Newcastle and Chelsea.

“With Newcastle, Chelsea I’ve played against Liverpool. This time it is different. It will be an opportunity for us to change things,” he said.

“It’s a massive game for us, the derby is always an opportunity to put things right.

“A derby is always special in every country but I live in the city so the passion is massive and really important for everyone.”