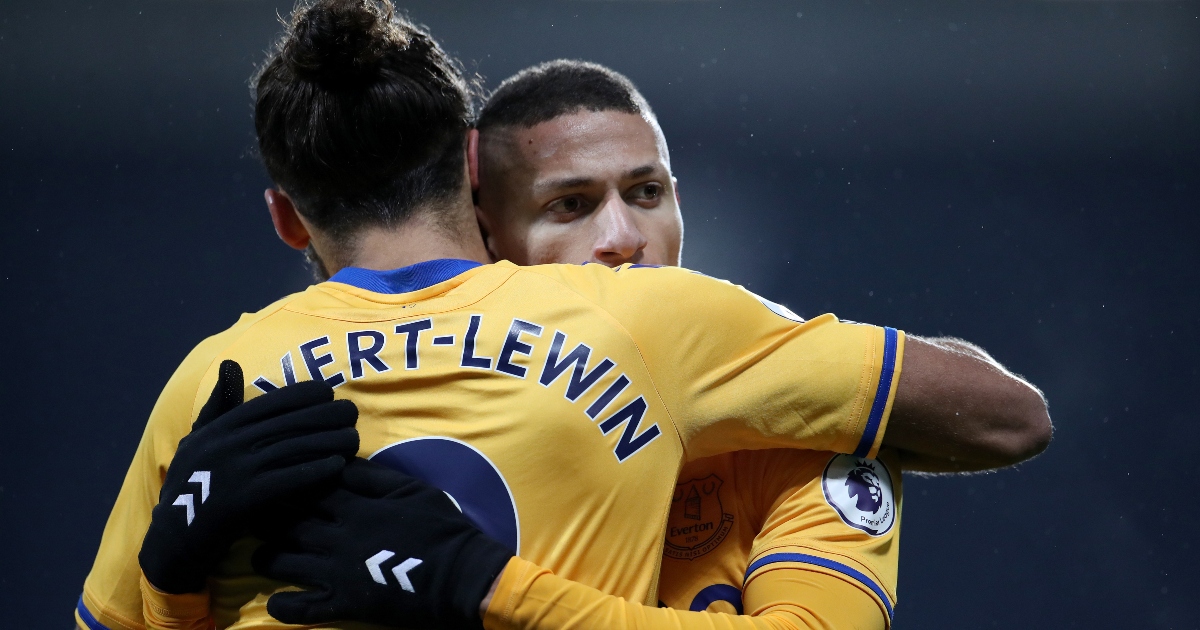 Everton boss Rafael Benitez has confirmed that forward pair Dominic Calvert-Lewin and Richarlison are available for their Premier League opener against Southampton.

Richarlison has only recently returned to Everton after winning a gold medal at the Olympics with Brazil.

Benitez has also been discussing James Rodriguez’s future and having the fans back at Goodison Park ahead of the match.

The Toffees will be playing their first competitive fixture since Carlo Ancelotti left the club to return to Real Madrid.

The Spanish manager has said that Calvert-Lewin and Richarlison can play against the Saints on Saturday, which is a huge boost for the team.

“We have some players who are in isolation now – with Covid around, we have to be careful and some have to stay at home. (James Rodriguez) is one of them,” he said.

“I have had my conversation with him (James). He knows my idea but now he is not available so it is not an issue for tomorrow. We will try to find the best solution for us, for the club ad for the player.”

When asked about the return of the fans, the ex-Liverpool boss said: “It’s very good for everyone. The fans will be excited and for the manager it’s the same. You can feel the atmosphere so it’s really god for everyone involved in the game now.

“It’s always important to win at the beginning, at the end, all the time. It’s a great opportunity to show our fans what we can do. The transfer window is still open but hopefully we can enjoy and fas can enjoy three points at home.”

Benitez has also said that he is hoping to instil a ‘winning mentality’ into the club and wants his players to “give everything on the pitch”.

The Toffees have signed Demarai Gray, Andros Townsend and Asmir Begovic for a combined £1.6million so far this summer – but it is unlikely that their business complete.

“If you ask the majority want to improve ad strengthen the squad. It’s still early and we have to wait a little bit but I am happy with the way the players are training and hopefully we can put that into the match,” Benitez added.