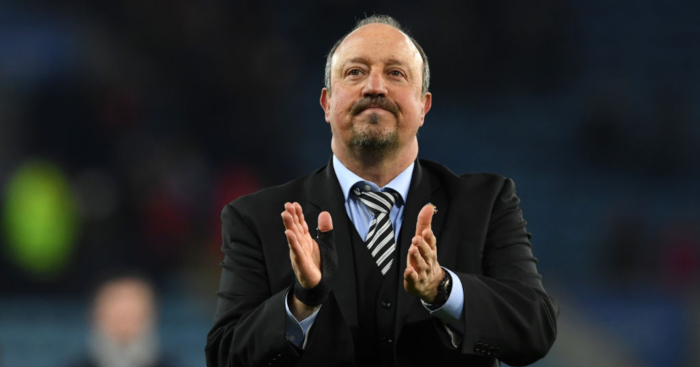 Rafael Benitez plans to work until he is 70 and is desperate for another tilt at the Champions League.

As the 59-year-old waits for answers from the Newcastle hierarchy over a contract extension both are keen to agree, but which seems no closer to being signed, he is keen to compete for the game’s biggest prizes once again.

Whether that comes at St James’ Park, where his stay of more than three years is set to end on June 30, remains to be seen with managing director Lee Charnley insisting – as the club’s latest accounts were published on Thursday – that it would continue to live within its means.

Asked how long he planned to carry on, Benitez said: “Yesterday I was talking with a friend – 11 years. Eleven years as a manager, that’s fine. You can see Roy Hodgson is still there.

“I like to manage teams, I like to coach players, so I’m happy with that. Always I say, we are forward-thinking. My staff, they are young people and we are always thinking about how to improve things.

“Yesterday, we had a meeting and we were talking about cameras for the training ground, to record from different points and then have the possibility to watch from different angles, things like that, so we are always trying to use the technology, we are trying to be up-to-date, all these things.”

Benitez presented Charnley, and by extension owner Mike Ashley, with his blueprint for the Magpies’ future path, a plan which includes improvements to the club’s training base and greater autonomy over recruitment, three weeks ago.

Talks are continuing but there has been little movement since and, with time running down, fans who have taken the former Liverpool and Real Madrid boss to their hearts are starting to fear the worst.

The Spaniard insists he does not expect to have £200million to spend on new players – Newcastle’s net spend for their first season back in the top flight was just £15.7million – but he is reluctant to commit his future to a club which finds itself battling for Premier League survival.

Benitez famously won the Champions League with Liverpool in 2005, and asked how he would feel if he was told he would never be involved in the competition again, he replied: “Good question.