Home All The News Rafa: Everton fans near me are ‘quite happy’ and ‘supportive’ 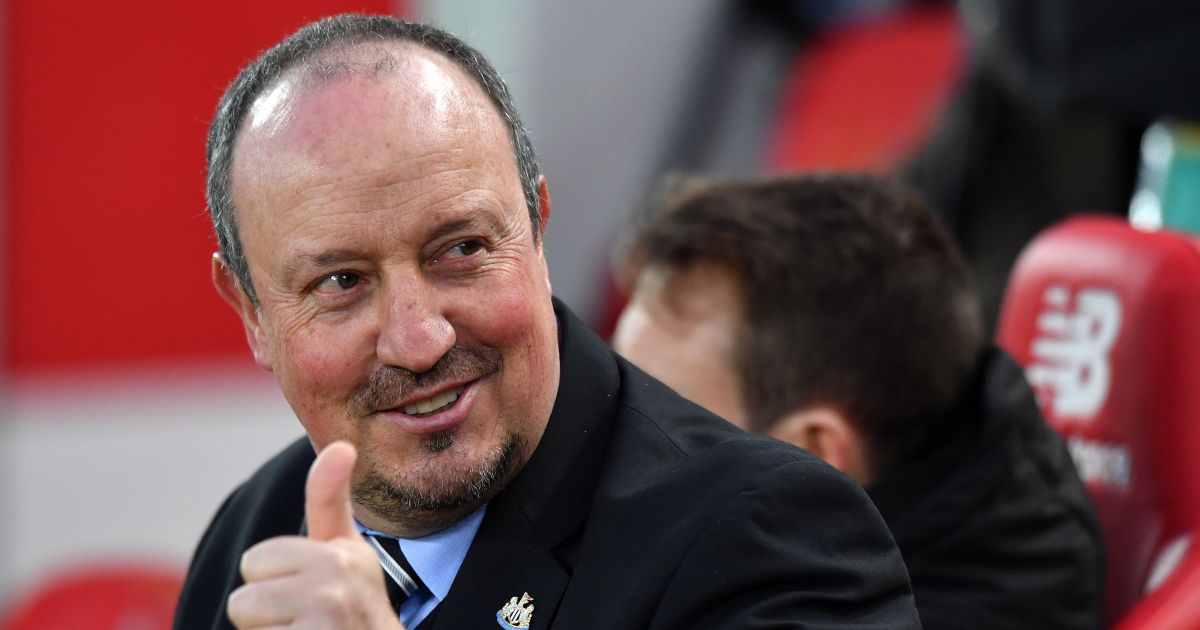 New Everton manager Rafael Benitez claims he has felt strong support from fans living close to him following his appointment at Goodison Park.

Some supporters apparently against the idea of the Toffees hiring the former Liverpool boss hung a threatening banner close to his home on the Wirral last month.

That incident, which is being investigated by Merseyside Police, did not prevent the club bringing in the Spaniard as replacement for Carlo Ancelotti.

Benitez said at a press conference: “To be fair, the Evertonians around my place are quite happy and were very supportive. Even the Liverpudlians accepted it was an opportunity for me to come back to the Premier League. It was quite good.

“Talking about the banners – we can talk about one or two people. You never know. It is better to think positive, how a lot of people were encouraging me to do well. I am happy with that.”

Benitez remains a hero to Liverpool supporters after guiding the Reds to Champions League glory in 2005.

He also riled Evertonians during his time at Anfield by referring to the Toffees as a “small club” after being frustrated by them in goalless draw in 2007.

That remark has never been forgotten by many on the blue half of Merseyside and inevitably cropped up when it became apparent Everton were interested in appointing him.

Asked about that comment, Benitez said: “It was a long time ago. You are fighting for your club and that is what I will do now.

“If you are the manager you have to defend your club in any context. In this case, I will fight for Everton.

“I will try to do my best every single game. I will try to compete against anyone. I am really pleased this club is getting bigger and bigger and I am happy with the idea we can challenge and compete and I will fight for that.”

Benitez left Liverpool in 2010 and has worked for five other clubs since but has retained a strong affinity for the city itself. His family home has remained in the area.

He said: “I have a great connection with the city, supporting a lot of charities and having friends on both sides. I’m really pleased and proud to be here.”

Benitez has no doubt Everton is a good fit for him and was not put off by the possibility of any negative reaction.

He said: “The club, the traditions, the history, the owners, the fans behind the team – all these things, for anyone that knows the history of the club, is quite easy.

“I was convinced when I decided to say ‘yes’, or even decided to start talking. It’s not something I’m scared of, it’s the opposite. I want to win, I want to do well.”

Benitez was unwilling to discuss the future of forward James Rodriguez but did confirm Duncan Ferguson will be one of his assistant managers.

The former Toffees striker, who had a brief spell as caretaker manager in 2019, held a similar role on previous boss Carlo Ancelotti’s backroom team.

Benitez said: “Duncan is an Everton legend and has great experience. He will be vital for us with his coaching expertise and understanding of the players.”

Francisco De Miguel Moreno, who worked with Benitez at Liverpool and a number of his other clubs, will also be an assistant manager. Antonio Gomez, a midfielder in Benitez’s Real Madrid youth teams, will be first-team coach and senior analyst.