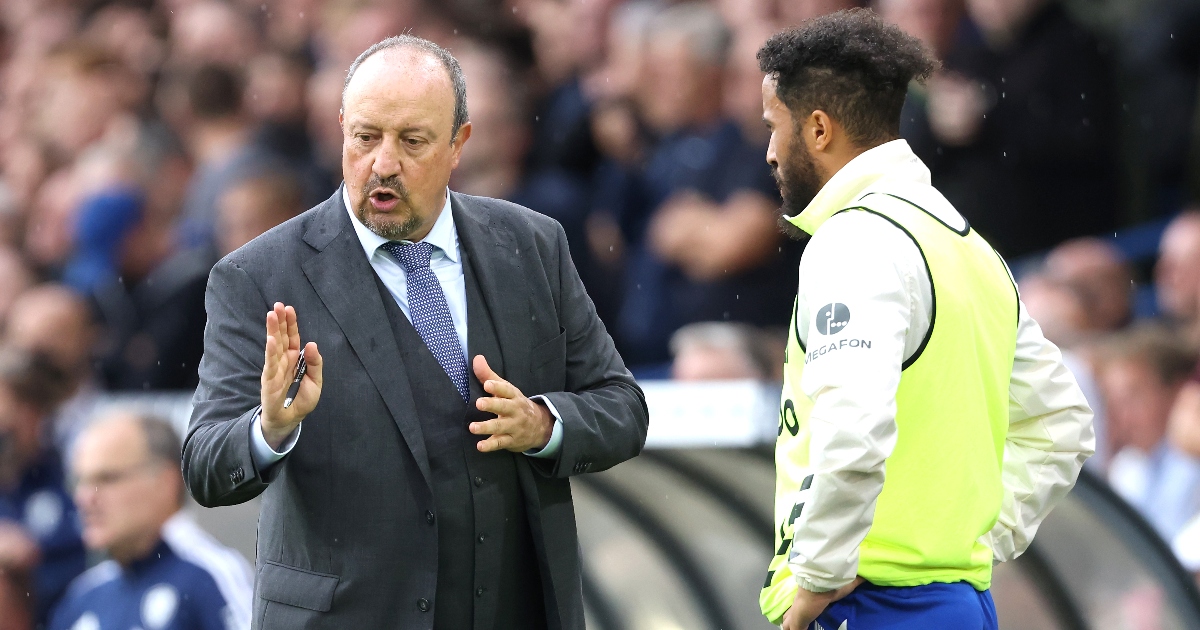 Everton boss Rafael Benitez has praised his attacking players for stepping up in the absence of Dominic Calvert-Lewin and Richarlison.

The pair have been missing for over a month after suffering injuries and will miss also Sunday’s encounter against West Ham.

While they have been out, summer signing Andros Townsend has stepped up to score some important goals for the Toffees.

Townsend joined the Merseyside club on a free transfer in the summer transfer window and is looking like a very shrewd piece of business.

He has three goals in the Premier League this season – including an equaliser in a 1-1 draw against Manchester United at Old Trafford.

“I think it’s important to realise for the players that the team has to score goals, not just one player. If you rely on just one player, it’s even easier for the opponents to stop you,” Benitez said.

“So I think it’s important for us to have different players scoring goals, different options, different possibilities and different ways to do it. I’m happy with that because a lot of players are attacking, creating something in attack and scoring goals.”

The draw against Man Utd was the third time this season Benitez’s side have come from behind to secure points in the league, and the Spaniard is pleased with the resilience shown by his players.

“I’m disappointed that we conceded first but the reaction of the team was quite good and that shows that the mentality, the character of the team is there,” said Benitez.

“It’s something you can think as a positive for the rest of the season. When you will be in difficult situations, you can remember this time when the team was reacting and it could be positive. It could be something that I could use in the future if I need to use it. Hopefully not.”

Elsewhere, Benitez has been linked with a return to Newcastle United following their recent takeover.

However, Gabriel Agbonlahor has suggested that Newcastle will be “looking at a bigger manager” to replace Steve Bruce than Benitez.

“He’s part of a project at Everton. The team is doing well and he’ll be happy with how it’s going,” he told Football Insider.

“I think they’ll be looking at a bigger manager than that, to be honest.”