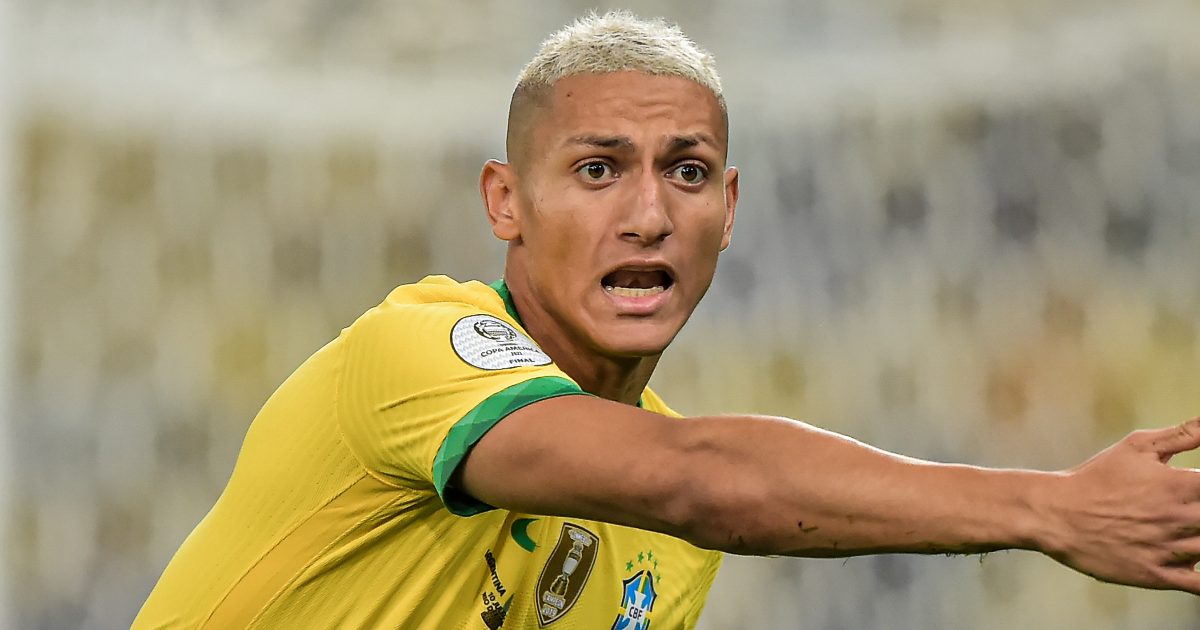 Rafael Benitez has revealed that he has been “in contact” with Everton forward Richarlison. He has been linked with a move to Real Madrid this summer.

Richarlison has been one of Everton’s most important players since his move from Watford in 2018.

Under Carlo Ancelotti, the forward impressed in 2020/21 as he was involved in ten goals from his 34 Premier League outings.

Ancelotti has since returned to Real Madrid to replace Zinedine Zidane. The Italian has reportedly contacted Richarlison over a move to La Liga.

Speaking to the club’s official website, Benitez suggested that the Brazillian “has to give [Everton] something back” after the Olympic Games:

“I was in contact with him, he had the Olympic Games in the back of his head, we needed to sort out his situation and he is fine,” Benitez said.

“He is happy because he can go there… and he knows he has to give us something back because we were supporting him.

“That [not being involved at start of season] could be something we can consider not great in the beginning but will be a massive boost for us in the rest of the season because he will try to deliver.”

Earlier this month, Noel Whelan suggested that if an offer of £80-90m came in for Richarlison, it would be “hard to turn down”:

“They do have a good squad. I’m sure they’ll go into the market and strengthen again. They’ve got a new stadium on the horizon as well but for that new stadium, you need European football.

“There’s a process that needs to be put into action. I think there was last year with Ancelotti but now it’s taken a step back. It’s a back to the drawing board, so to speak.

“Rafa Benitez needs to assure these players that his appointment is the right appointment.

“That he can take them to the next level where these players want to be playing on the biggest stage.”