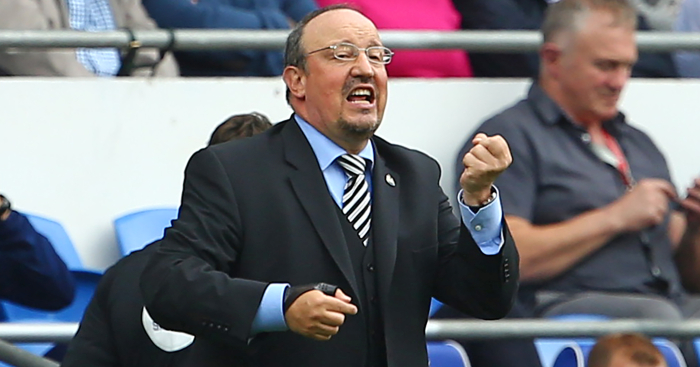 Rafael Benitez has responded to vocal critics of his Newcastle tactics against Chelsea.

Newcastle were beaten 2-1 by Chelsea on Saturday, with Eden Hazard the star.

But the post-match focus was on the home side’s approach as opposed to the Belgian’s class, with Chelsea boasting 81% possession and Jorginho making more passes than Newcastle combined.

“I don’t buy into those tactics,” Jamie Redknapp told Sky Sports of their ultra-defensive style. “If you’re going to the Etihad, against the champions, by all means. But not at home, the possession stats are embarrassing.

“If you’re a Newcastle player in that dressing room, you’re embarrassed. Because you know you can play more.”

Fellow pundit – and former Newcastle manager – Graeme Souness also waded in, adding: “If I was a player in that team I would rather have been beaten 3-0 having a go than losing like that. You have to have a go at home.

“During my time here, this would certainly not have been acceptable.”

But Benitez offered a measured response after the game.

“When I was with Liverpool, we beat Real Madrid 4-0 at home and we were very offensive,” he said. “When I was at Napoli I was attacking all the time. When you are Newcastle you have to manage because you are in the Premier League.

“You have what you have, so I want to give credit to my players for the effort they make in every game. It depends on the car you have, you have to drive that car in the best way.

“It is not about me and the tactics, it is about players, the results and the bigger picture. Last season, we were the best team in the bottom half and we hope to do the same again if we can.

“You can be a little bit better on the ball, so I am not happy with how we gave the ball away, but at the same time, we have to understand what we have and how we can maximise what we have.

“I was watching teams yesterday playing 5-4-1 and it’s said they are great tacticians and they are fantastic because someone has an opinion on TV. But I was watching and analysing the stats and I don’t agree with some of these comments. As a manager, you have to make decisions and as a pundit you have to give opinions. That’s it.

“I remember a long time ago, I don’t know if it was when [Pep] Guardiola was at Barcelona, but they had 80 per cent against Celtic and they lost the game.