Home All The News Benitez on Leicester rumours: ‘I think you know my answer’ 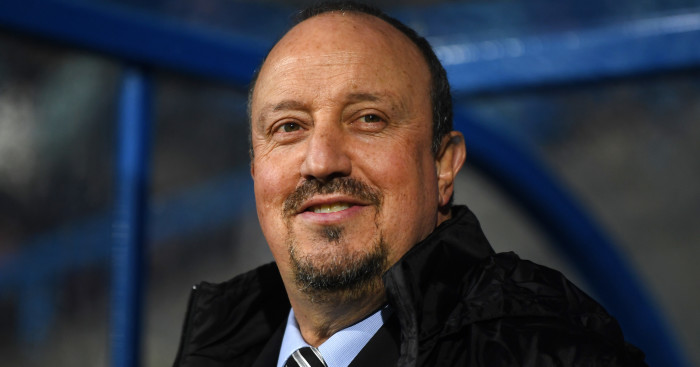 Newcastle boss Rafael Benitez has side-stepped speculation that his name appears prominently on the list of candidates to succeed Claude Puel at Leicester.

The 58-year-old’s current deal at St James’ Park is due to expire at the end of the season.

And with no new deal agreed as he awaits assurances from owner Mike Ashley over his ambitions for the club, fans fear he could head away from Tyneside even if he wins the battle for Premier League survival for the second successive season.

But asked about the shortlist for the vacancy at the King Power Stadium on the eve of a crucial clash with Burnley, Benitez said with a smile: “Short? It’s not very short, it’s quite long now.

“I think you know my answer. I am really focusing on the next games. I know we have to do a job, I know that we have to stay up and if we want to do that, I think we have to just stay focused on that.

“I understand with the issue about my contract and now this position, it’s something that you have to ask, but at the same time, you have to understand that my main target now is to get three points against Burnley.”

Saturday’s 2-0 win over Huddersfield has raised spirits at St James’, although the spectre of Benitez’s departure is one which refuses to go away.

But asked about supporters’ concerns, he said: “I think they will be happy if we get three points against Burnley.”

If they manage to do that, there is a good chance they will be indebted once again to the efforts of unsung hero Salomon Rondon.

The loan signing from West Brom scored his eighth goal of the season, seven of them in the top flight, at the weekend as new signing Miguel Almiron shone on his first start for the club.

Eyebrows were raised when Benitez dispensed with the services of Aleksandar Mitrovic and effectively swapped Dwight Gayle for Rondon for the season last summer, but his faith has been rewarded.

He said: “We knew exactly that Salomon could give us this mobility, he’s strong, he’s good in the air, so he would be a different kind of striker and then for us, that was much better.

“Also, the fact that he wanted to come – he was desperate to come when we were talking to him – was another good thing.”