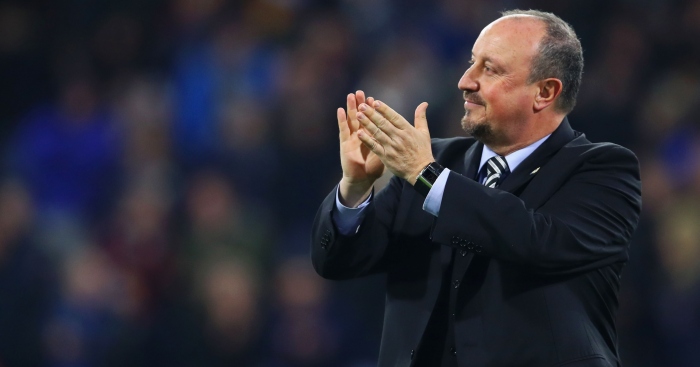 Rafael Benitez had complimentary words for his goalkeeper after Martin Dubravka kept Everton at bay on Wednesday night.

Everton had 76 per cent possession against a Newcastle side intent on defending and registered 19 shots.

Richarlison cancelled out Salomon Rondon’s early breakaway strike for the visitors but Everton ultimately paid the price for spurning two great chances in the first half.

Glyfi Sigurdsson and Cenk Tosun both looked certain to score only to be denied by a fine block by Federico Fernandez and great save by Dubravka respectively.

Benitez said: “It is always good to have a very good goalkeeper. He is doing a great job for us, a very good professional.”

Newcastle’s point inched them further away from the bottom three and came amid fresh rumours of a possible takeover at the club.

Benitez insisted off-field matters were of no concern to him and his players.

“It is business as usual,” he said. “I don’t see any difference for us.”

Benitez felt his side performed admirably and were perhaps unfortunate not to snatch victory.

He said: “I have to credit my players because the application, the way they were doing everything, was fantastic.

“We needed to work hard in defence because we knew they would have the ball. They have top-class players so to defend well for 95 minutes was not easy.

“It was a pity for us we had the chances and couldn’t win at the end.”