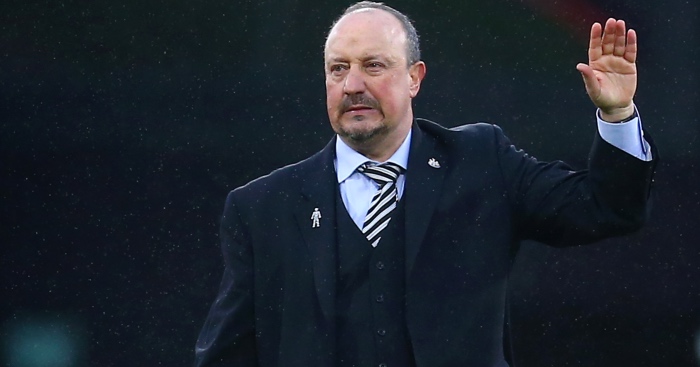 Rafael Benitez claimed Newcastle were denied two points by a series of refereeing decisions, despite snatching a dramatic 2-2 draw at Bournemouth.

The Magpies looked set to leave the Vitality Stadium empty handed before Matt Ritchie smashed home a stoppage-time equaliser against his former club.

Although the late leveller sparked wild celebrations among the travelling fans, Benitez was left bemoaning the performance of match official Mike Dean.

He felt his side could have been awarded penalties for challenges on DeAndre Yedlin and Salomon Rondon, and was also annoyed about the hosts being given a spot-kick after Federico Fernandez manhandled Nathan Ake.

Rondon’s 25-yard free-kick at the end of the first half put the visitors ahead on the south coast, before Joshua King levelled with the disputed penalty and then claimed his second nine minutes from time.

“I think we have lost two points,” said Benitez.

“Everything changed with a decision (the penalty). We are not happy with too many things and we cannot change that.

“I think that we did enough – and especially going 1-0 up – to manage the game and to get three points.

“There were too many things that were against us and then we had to react.

“The penalty of DeAndre in 10 minutes that was not given – you can check that.

“But I don’t want to say too much. I’m not happy with the way things were going on, I’m happy because one more point and one less game.”