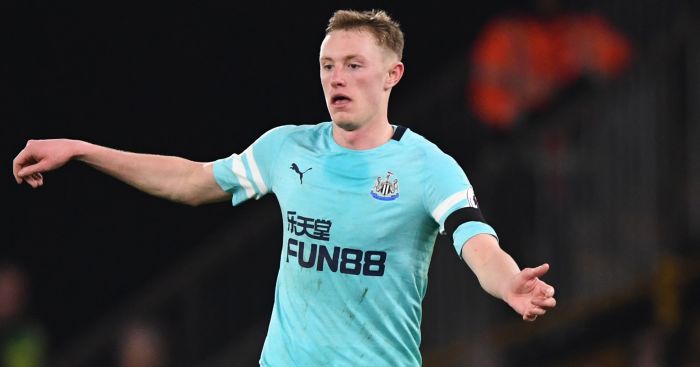 The 21-year-old, who had been tipped to receive an England Under-21s call-up this month, damaged a cruciate ligament during last Saturday’s 2-0 Premier League defeat at West Ham and is facing up to three months on the sidelines.

Benitez said: “When you have an injury in your team, it’s always bad news. When you have a young player doing so well and he gets injured for the next months, it’s even worse.

“But to be fair, talking with him, he’s quite fine in terms of mentally, he’s strong enough. You can see talking with him now, ‘It happens in football’, he said, ‘and now I have to start working and trying to be fit as soon as possible’.

“His reaction has been very positive. Obviously we are really disappointed with the injury, but at least he’s taken it really well in terms of his approach.”

Asked if Longstaff would still be part of his plans on his return, Benitez added: “Obviously, he has done really well.

“He has to compete next year with the other midfielders, for sure.”

Meanwhile, the Spaniard declined to comment on Under-23s coach Peter Beardsley’s departure from the club following an investigation into allegations of bullying.

He said: “Sorry, but I cannot comment about that.”