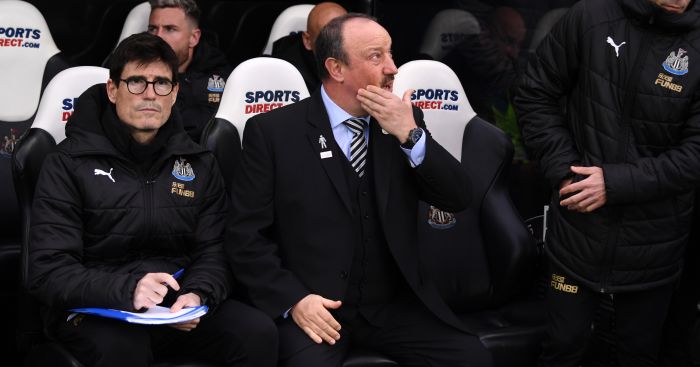 Rafael Benitez admitted Newcastle United’s failings in front of goal had cost them in their 1-0 loss to Crystal Palace – but he was as disappointed by the way they were caught on the counter-attack.

Luka Milivojevic beat Martin Dubravka from 12 yards with nine minutes remaining, after Wilfried Zaha had been tripped by DeAndre Yedlin, to clinch a 1-0 win for the Eagles.

Benitez said: “I think we did enough to deserve three points. We had chances, we were attacking, we were controlling them for a while. We knew that they were dangerous on the counter-attack, but we had control of the game in everything, and we made a mistake and we paid for that.”

Benitez’s pain was compounded by the loss of defender Florian Lejeune to a potentially serious injury to his left knee, just three months after his return from cruciate ligament damage to the right.

The Newcastle boss said: “It seems bad. It’s the other knee but it seems bad, so we have to wait and see what the doctor says tomorrow.

“I was talking with him. Obviously he was disappointed and asking the doctor. We need to assess him tomorrow but it seems bad.”

Meanwhile, Benitez played down talk that his comments over his contract negotiations during the build-up to the game had suggested a deal was close.

He said: “No, the same situation as yesterday.”