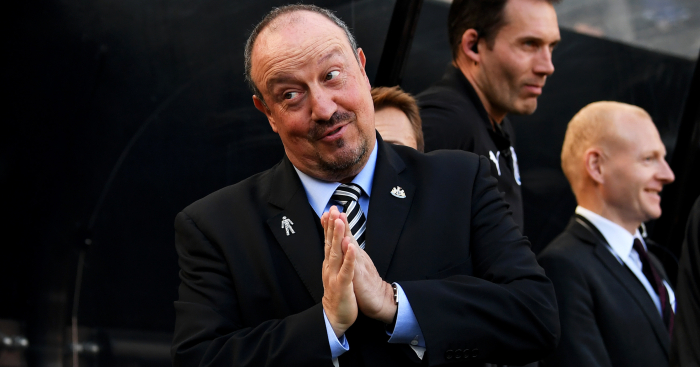 Rafa Benitez will leave Newcastle United in the summer unless the club sign two players in the January transfer window, according to reports.

The Magpies boss has argued for more than a year that he needs funds to compete with other Premier League clubs with Newcastle still heavily reliant on some of the players that got them promoted from the Championship in 2017.

Fifteen current Premier League clubs have broken their transfer record at least five times since Newcastle last set theirs with the signing of Michael Owen for £16million in August 2005.

Benitez reportedly gave the club’s hierarchy a list of targets in December but Newcastle are yet to bring in any new faces.

And the Daily Telegraph reports that Benitez will ‘reject all offers of a new contract and will quit at the end of the season’ unless the club bring in two new signings this month.

The report adds that Benitez is ‘reaching breaking point’ over transfers with hopes diminishing over an expected transfer breakthrough at the beginning of this week.

The former Liverpool boss is understood to want to remain on Tyneside but the current situation makes that unlikely.

Newcastle’s bid for Atlanta United playmaker Miguel Almiron – well short of the £30m valuation – ‘remains on the table’ but the majority of their budget is reportedly being saved for ‘foreign loan signings’.

Supporters and Benitez are still confused as to why more money is not being spent given they ended the last transfer window £20m in profit.

The club is set to benefit from another significant chunk of television money this month however the Telegraph adds that Ashley is reluctant to give Benitez any of that to spend.