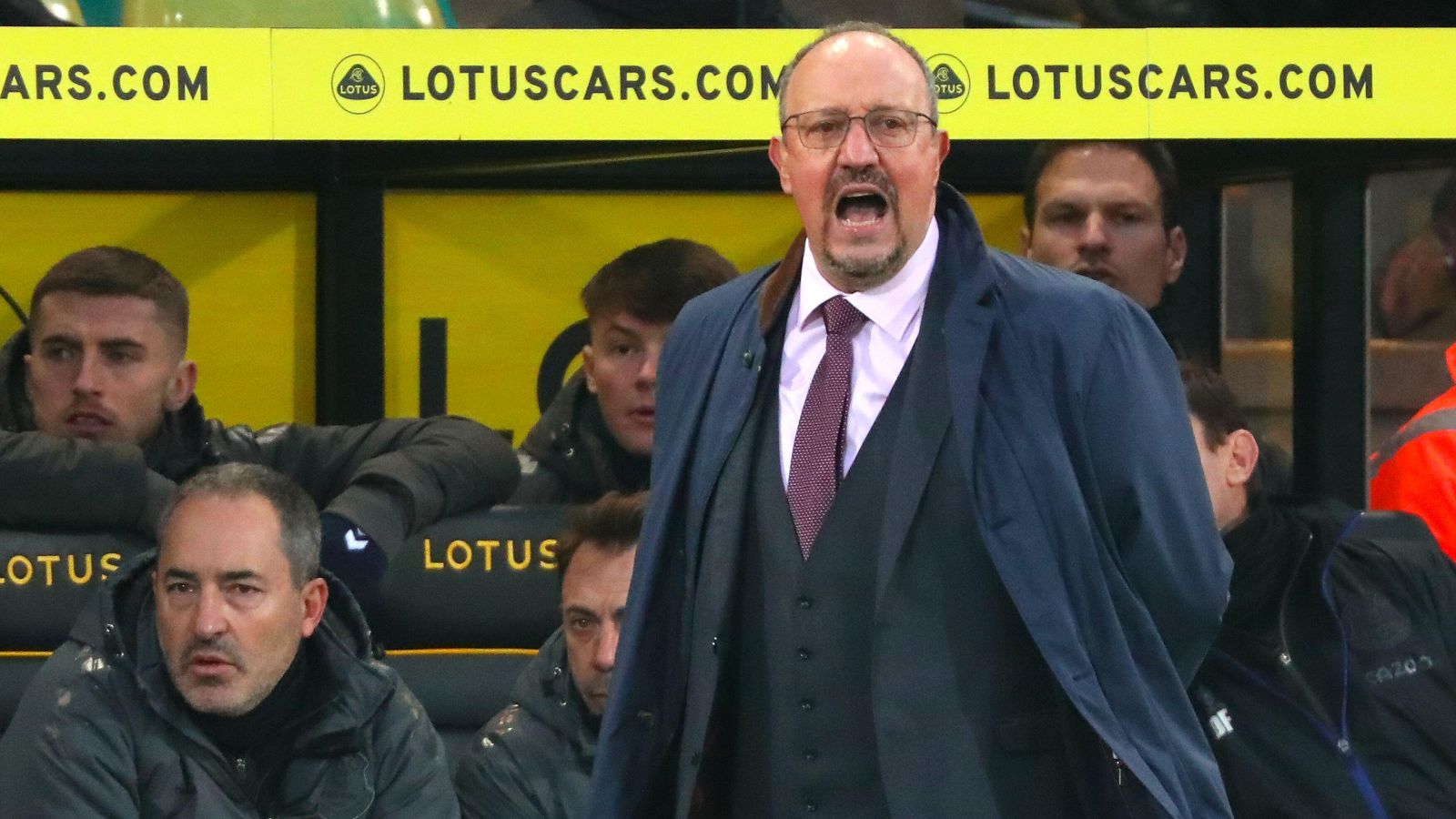 Rafa Benitez has revealed that one of his players “dropped a piece of furniture on his finger” in a series of injuries during his time at Everton.

The Spaniard was sacked by the Toffees board in January after losing nine of his final 13 Premier League matches in charge of the club.

Everton fans called for Benitez to leave before his final match against Norwich City, with banners held aloft, and they got their wish with Frank Lampard replacing him on a permanent basis.

The Toffees had been hurtling towards relegation over the last couple of months but seven points from a possible 12 in their last four matches now means it is in their hands to avoid the drop.

Benitez cited injuries as a major reason for his sacking earlier in the campaign and, in an interview with Spanish newspaper AS, he has again pointed to “misfortunes” including an unusual finger injury to one of his players.

The former Valencia boss said: “We only spent £1.7m… Even so, we worked with what was available, we were making the most of the team, but we began to have injuries and misfortunes: one who dropped a piece of furniture on his finger and four players were injured.”

Despite his short tenure at Goodison Park, Benitez has no regrets despite believing at the time that Everton were a “competitive team”.

Benitez added: “It was a decision with a certain logic at the time… but seems I was wrong. But I don’t see it that way. At that moment, Everton was a competitive team, we thought it would work. But when we left we were six points behind tenth, with two games less, and six points above relegation.

“It was a bad position for what was expected, but consistent and realistic with the investment and injuries. From there, we talk about patience, trust, but people get nervous, social media influences things and a decision is made.

“Once we left, Everton made five new signings, got all the players back and had a new manager, who had to assume his responsibility. We did well at the beginning, we were a bit unlucky later and we didn’t have time to keep doing things and adjust.”