Home Newcastle United Benitez reveals where Newcastle’s ‘level’ should be 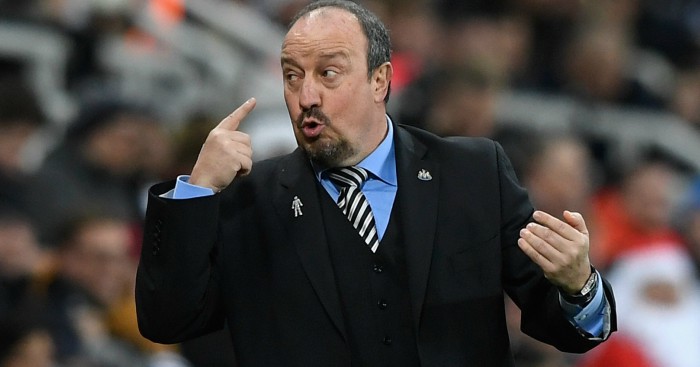 Rafael Benitez has told Newcastle they should be competing for seventh place in the Premier League rather than fighting for survival every season.

The Magpies all but mathematically clinched a third successive top-flight campaign with a 3-1 home victory over Southampton, which left them 10 points clear of Cardiff in the final relegation place.

Should the Bluebirds fail to beat title-chasing Liverpool on Sunday, Benitez’s men will be safe.

And as the Newcastle boss waits for answers from owner Mike Ashley and managing director Lee Charnley over his new contract – his current deal expires on June 30 – he fired them a warning shot, with reference in particular to the age limit they want to impose on incoming signings.

Benitez said: “Our level, I think, has to be between seventh and 10th and we have to compete with these teams in the transfer window, in the wage bill and everything. We need to find a balance.

“We signed (Martin) Dubravka last year and he won the first game against Manchester United, and he’s more than 24, we have (Miguel) Almiron doing well and we have (Salomon) Rondon, who are more than 24 and doing well.

“At the same time, we have (Isaac) Hayden, (Jamaal) Lascelles or even (Sean) Longstaff, so the balance is the key.”

Asked if he expected to sit down with the hierarchy this week to finally reach an agreement after weeks of talks with his representatives, Benitez said: “I have no idea.

“Any time, we have to talk because at the end, everything that will happen on June 30 has to be good for everyone. I have to decide if we sign anyone, so we have to talk any time.”

Benitez left St James’ Park a happy, if relieved, man after seeing his side prevail courtesy of an Ayoze Perez hat-trick.

Benitez, who lost Almiron to a potentially season-ending hamstring injury after the break, said: “To have at this stage of the season 41 points, nearly safe – mathematically we cannot say that we are safe, but nearly safe – is really important and now we have three games and we have to try to do our best to be as high as possible in the table.”