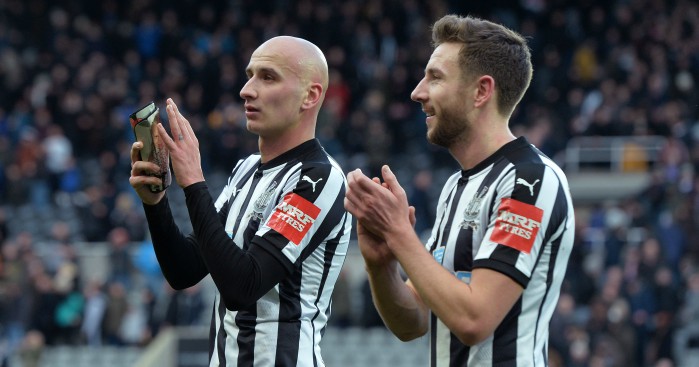 Newcastle defender Paul Dummett has signed a new long-term contract which could keep him at the club until the summer of 2022, the club has announced.

The 26-year-old left-back, who joined the club at the age of nine, has been a fixture in Rafael Benitez’s side since returning to action in December from a hamstring injury suffered during the opening game of the current season.

Benitez said: “If you talk about players that are important for the team, normally people talk about goalscorers, midfielders and number 10s, but in modern football, there are not too many consistent left-sided full-backs.

“Paul is exactly that. He understands the game and you know what you can expect from him week in, week out. That’s important when you have a lot of big games. He’s a player you can trust.”

More from Planet Sport: Footy stars we’d like to see on the tennis court: Where does Neymar rank? (Tennis365)