Home Newcastle United Benitez: Why ‘I am the first one to criticise’ Ayoze Perez 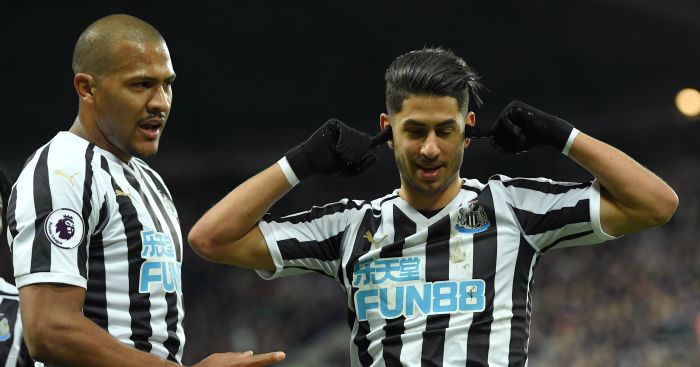 Rafael Benitez has vowed to keep Ayoze Perez at Newcastle if he stays on as manager.

Perez’s fine end-of-season form – he scored his first hat-trick for the Magpies in Saturday’s 3-1 win over Southampton – has increased speculation, fuelled in part by the player’s own admission that he would like to return to Spain one day, that La Liga clubs are monitoring his situation.

However, compatriot Benitez remains relaxed over the 11-goal striker’s future and will do all he can to keep him on Tyneside – should he himself sign a contract extension.

Asked if he would fight to keep one of the biggest Premier League bargains of the last decade, the 59-year-old said: “Yes, he is an important player for us.

“I do not see any problem now. Finish the season, see what happens and if someone comes for this player or that, it is very normal when players are doing well. If someone comes, deal with that.”

Perez arrived at Newcastle as a raw 20-year-old during the summer of 2014 and although his efforts have not always been universally appreciated, he has become an increasingly important part of Benitez’s team.

His treble against the Saints took him to 11 goals for the season and into the ranks of the club’s top 10 Premier League goalscorers, and while his manager insists he still has much to learn, he sees his desire to do so as another strength.

Benitez said: “I am the first one to criticise Ayoze. Why? Because he has to be more consistent and he has the potential.

“You cannot criticise a player who cannot give you more. But Ayoze is one that we know he can do well, he can do better and he has room for improvement.

“When I am telling him to change this or that, he knows. Maybe sometimes he is not happy, but always you remember the teacher who pushes you harder, not the one who was always nice. You have to push them and find the balance.”