Home All The News Benitez: Why Liverpool couldn’t compete with Man Utd in my time 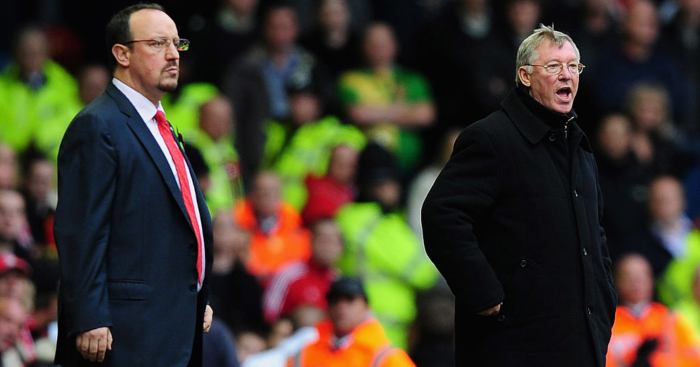 Rafa Benitez has explained why Liverpool struggled to compete with Manchester United in the Premier League during his time in charge.

The Spaniard is a legend on Merseyside for masterminding Liverpool’s first European Cup triumph for 21 years when they came from 3-0 down to beat AC Milan on penalties in the 2004/05 Champions League final.

His progress in the Premier League with Liverpool was harder with Chelsea, Man Utd and Arsenal all boasting top players – but he did lead the Reds to the runners-up spot in 2008/09, finishing four points off champions United.

“Competing in the Premier League was always more difficult,” Benitez wrote in The Athletic. “We just didn’t have the resources of Chelsea, Manchester United or even Arsenal. Manchester City were coming. We were close, but the others were stronger.

“When I say stronger, it means that Manchester United had a budget way in excess of ours; around £50 million more, a lot of it from the size of their stadium alone. When you consider that our annual budget for new signings was £20 million…

“What that meant is Manchester United could buy two top players every year. They could afford to make mistakes because they had more money; they could get half of their new signings wrong and still be better, because they already had a very good team.

“Liverpool did well and we won things, but everybody knows what happened next; the ownership changed and they did not invest at the levels of the other teams.

“In our first season, we finished fifth in the Premiership, but we were competing for something different.

“After so long without any of the most important trophies, it was understandable if the players lost a little focus when they were in the latter stages of the Champions League.

“The following year, we won two more trophies and finished third, so we were getting closer. Then it was third again and another Champions League final and then fourth.

“After that? We finished second to Manchester United with 86 points, which was then a record for Liverpool in the Premier League.”